Charles Stanley to be acquired by Raymond James 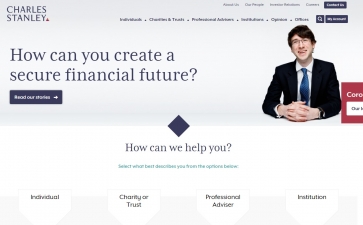 Wealth manager Charles Stanley is to be acquired by US wealth manager Raymond James, in a deal worth £278.9m.

The wealth management firms have agreed that Raymond James will acquire the entire issued share capital of Charles Stanley for 515 pence per share, 43% above the value of the shares at the close of trading yesterday.

Paul Reilly, CEO of Raymond James, said the firm has admired Charles Stanley for a long time and things the deal brings a great opportunity to combine the firms’ UK wealth management operation.

He said: “Raymond James will seek to leverage the respective strengths of Charles Stanley and Raymond James through further investment in technology, infrastructure and back office partnerships to enhance the firms’ already strong offering in wealth management."

Raymond James has launched three new branches in the UK so far this year.

The firm currently manages over £13bn of client assets through 100 independently managed branches in the UK. Each branch is responsible for its own clients with oversight from Raymond James. Across Raymond James, there are 300 wealth managers advising 40,000 clients and managing client investment portfolios.

"Supported by the clear strategic rationale and intentions Raymond James has described today, I believe all stakeholders will benefit from the opportunities for growth arising from Charles Stanley becoming embedded within the Raymond James group.”

More in this category: « SPW sees 133% increase in referrals Over half clients feeling bullish - Schroders »
back to top