Fraudster jailed for 9 years for failing to pay back £5.76m 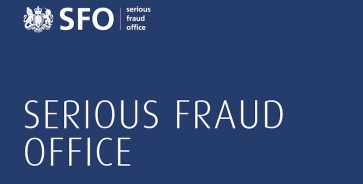 After an investigation by the SFO’s Proceeds of Crime team Mr Saunders was ordered to pay £5.262m to compensate his victims.

Fraudster Jolan Saunders has been jailed for almost 9 years for failing to pay his confiscation order.

The Serious Fraud Office (SFO) secured convictions against Jolan Saunders and his co-conspirators Michael Strubel and Spencer Steinberg in 2015, showing that the men deceived people into investing in Saunders Electrical Wholesale Ltd by lying about supply contracts.

The fraudsters overstated minor contracts with the Hilton, Marriott, Plaza and Holiday Inn hotel chains and lied about a non-existent contract to supply the Olympic village for the London 2012 Olympics.

Mr Saunders, Mr Strubel and Mr Steinberg took almost £80m from investors and used some of the money to pay for yachts, expensive property and luxury cars.

Mr Saunders and Mr Strubel were each jailed for seven years. Mr Steinberg was jailed for six years and nine months.

After an investigation by the SFO’s Proceeds of Crime team Mr Saunders was ordered to pay £5.26m to compensate his victims.

Despite the SFO showing clear evidence of Mr Saunders’ £4.5m in hidden assets from his fraud, he made no attempt to use this money to pay his confiscation order.

Instead, according to the SFO, he has stalled and asserted, without evidence, that he hopes to pay the confiscation order through “major project works at blue chip hotels”, echoing the false claims he made to those whom he defrauded.

With accrued interest and the small amounts paid by Mr Saunders, the amount he now owes is £5.76m.

More in this category: « Tilney chairman Will Samuel departs PFS reveals ‘financial freedom’ theme for virtual conference »
back to top