Register for Financial Planning Today website to get our daily newsletters. Click on 2 stories to see the Registration pop up.
Friday, 20 August 2021 12:12 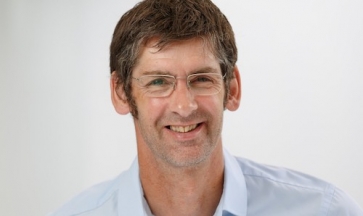 Investment platform consultancy the lang cat has recruited Tom McPhail, the high profile former Hargreaves Lansdown pension spokesman and head of policy, to be its new director of public affairs.

Mr McPhail will start work in September for the Scottish-based firm and will focus on boosting the lang cat’s communication services.

Mr McPhail has been a nationally-known pension commentator in the past, appearing regularly on TV and radio.

He worked for Hargreaves for 20 years but left in early 2020 to work for an electric scooter and bicycle business.

He recently carried out an independent review of the Money and Pensions Service (MAPS) for the Department for Work and Pensions.

In his new role he will take the lead on a number of reports and share his insight on the regulatory and political landscape as well as support clients on public policy, pensions and PR, the lang cat says.

Mark Polson, founder of the lang cat, said: “From the beginning of the lang cat, I’ve tried to build a business that has deep-rooted subject matter expertise and the ability to communicate difficult stuff in a way that people can read without lapsing into unconsciousness.

“That’s not an easy thing to pull off at a business level let alone a personal one. But if you’re looking for someone who exemplifies both these characteristics, Tom would be right at the top of anyone’s list. He is very tall, but that’s not what makes him a giant of the sector, and the fact that he’s coming to work with the lang cat is an absolute honour for us and a validation of what it is we’re trying to do.”

Tom McPhail said: “I’ve known Mark Polson and Mark Locke since before the lang cat business existed. They’re widely respected across the industry for the insightful consultancy and communications work they do and the high-quality team they’ve put together. I know it’ll be a pleasure to work with them and I’m very much looking forward to it.”

• Looking for a new job? See below: