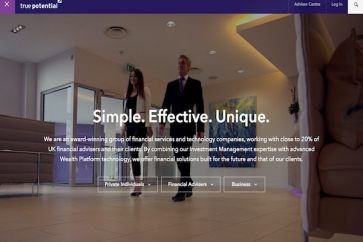 The broadcaster reports that negotiations have taken place this week after months of “on-off talks.”

The London Evening Standard is also reporting today that a deal is close.

True Potential, which has grown rapidly in recent years and has been highly acquisitive, will be valued at between £1.6bn and £2bn, according to City sources quoted by Sky.

While the figure is impressive it is less than the £2.5bn valuation True Potential wanted, according to Sky.

True Potential is based in Newcastle and rumours about a possible sale of the business have been swirling for a number of years.

The firm was set up in 2007 and is owned by hundreds of individual partners. A minority stake has also been held by FTV Capital, a US-based private equity firm.

The firm was founded by David Harrison who is the current chairman.

It's believed the firm has 1,900 advisers on its books and runs its own platform and funds.

True Potential has been asked for comment by Financial Planning Today.

• This story will be updated as it develops. Please check back later for further updates.

More in this category: « Govt abandons pensions triple for 1 year Evidence of ‘greenwashing’ in 1 in 4 equity funds »
back to top