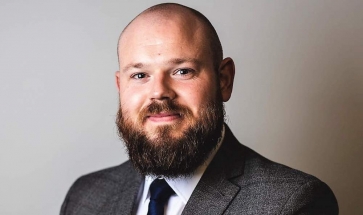 Rob Lewis, director at Celtic Financial Planning, said the firm has recently found the skills market for paraplanners and compliance officers is shrinking

Financial Planning firms have told Financial Planning Today that they have had their growth plans held back due to struggles in finding the right Paraplanning, compliance, IT and legal staff to join their teams.

Rob Lewis, director at Celtic Financial Planning, said the firm has recently found the skills market for Paraplanners and compliance officers is shrinking and has had to turn to recruitment agencies as a result.

He said: “We have had to turn to recruiters where in the past we have done most of our recruitment via social media. Whilst this means we can get candidates in for interview, it works out as very expensive for a small firm. Five to six thousand pounds is quite the hit to take and it has definitely made us delay some recruitment. We would have been able to take on people sooner rather than having to save to pay recruitment agencies onboarding costs.”

Mr Lewis added: “A good Paraplanner is worth their weight in gold and is arguably one of the most important parts of a planning business. There has been a big rush for qualifications in recent years. Whilst this has attracted many young people to the advice industry, it also means that less people are choosing the paraplanner route. The wage growth Paraplanners are attracting at the moment is also phenomenal, providing an additional financial headache for Planning businesses.”

In contrast Celtic has found recruiting good advisers is currently easy. Celtic has had several top quality advisers contact the firm to ask about potential roles due to not being happy where they are. Mr Lewis said: “The pandemic has made many advisers reconsider their position and what they are looking for from their employer. The same cannot be said for admin teams.”

Progeny is one Financial Planning firm that has found it has needed to up its game in order to attract the right candidates in what is becoming an increasingly candidate-driven jobs market.

She said: “We currently average between 30-40 applicants per role, however, we have seen a drop in applications over recent months due to the market becoming increasingly candidate driven, mainly in the areas of technology and law, which are fiercely competitive."

The firm has been expanding its team considerably with 55 new team members onboarded so far this year. With so many vacancies to fill and to boost the number of applicants for the roles, the firm launched a livestream “Progeny Unboxed” event. It said there has been an increase in candidates reaching out directly via Linkedin and email as a result of the event.

Ms Wetherill said that Financial Planning firms need to make sure they are active online if they are to attract top talent in the current competitive market. She said: “In the current candidate driven market, my top tip for Financial Planning firms looking to recruit would be to create a strong online presence as engaging with candidates virtually is more important than ever. Try to put a face to your organisation - whether it’s your HR team, internal Talent team or your wider team members.”

Progeny has also formally committed to hybrid working as it has found the opportunity to work more flexibly is “definitely on top of job candidates’ shopping lists since the pandemic, along with the more traditional factors of salary and benefits”.

Succession has faced also challenges finding the right people to help them with their M&A plans.

Paul Morrish, group corporate director at Succession, told Financial Planning Today that many CVs, and contacts the firm has received from headhunters and recruitment consultants, present a hugely intellectually capable individual, often with a decent track record, but still not quite right for the job.

He said: “We believe that M&A at its core is all about connection, relationship, and empathy. It is also about knowing the profession you are a part of.

“Skill and expertise without culture and awareness can mean very little of lasting worth is done. We have found that people who really know the business and the profession are the best to work with brokers and sellers when working on acquisitions.”

Mr Lewis believes that more firms creating training positions for support staff is the answer to the skills shortage in the long term. Due to the lack of experienced support staff available, Celtic has turned to looking for people new to the industry to train them up.

“The drawback is that people new to the industry have a smaller range of skills and experience. People who have worked at other firms bring knowledge of different ways of doing business for Planning firms which is very beneficial to small firms like us,” he said.

However, he strongly believes the strategy will pay-off for the firm long term. Celtic has had one trainee who has been with the firm for two years now who is now one member of the team Mr Lewis said the firm could not do without.

More in this category: « 56% of non-retirees worried about pension shortfall Standard Life partners with Key for equity release   »
back to top