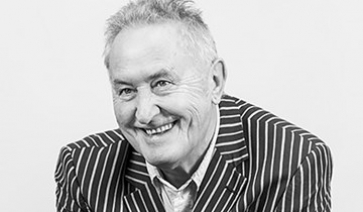 Further details of his passing and tributes are set to be released by his Scottish-based company shortly.

The 74-year-old was hospitalised in August after catching Covid-19.

He was a regular Twitter user and in a poignant message to his near 4,000 followers on 22 August he wrote: “To all my Twitter followers you may wonder why I’ve been so quiet. For the best part of 2 weeks I fought a losing battle with Covid. Been on oxygen in hospital since. Moving to intensive care. Today. This is one nasty illness. Fingers crossed I make it thro.”

Initially he responded well to treatment but his health later deteriorated.

He set up the company after achieving an MA (Hons) in Geography and Mathematics at University of Edinburgh.

The company became nationally known through Mr Steel’s regular writing for many publications. His strong and often contrarian views on investments drew many supporters.

His Twitter account, using the name @asibiza1 was popular with many Financial Planners and investment professionals and he often Tweeted about investment matters as well as his love of Ibiza and good wine.

On Twitter today many of his friends sent messages of condolence.

Investment commentator Mark Dampier wrote: “This is very sad news. We were only conversing on Twitter a few weeks ago. He had been so kind to me with advice over the last few years. A huge loss to his family and indeed to the financial industry.”

Dennis Hall @YellowtailFP of Yellow Tail Financial Planning posted on Twitter: "As a personal mark of respect to a giant of financial services I'll be silent on
@twitter today. #RIP @asibiza1 you were a leading figure when I joined Financial Services in the 80's and you stayed at the top of your game ever since."

• This story will be updated throughout the day with tributes and further information. Please check back later.