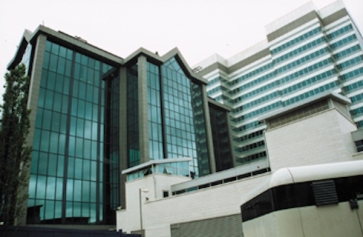 The Financial Ombudsman Service has proposed changes to its case reporting process to encourage firms to settle early and reduce waiting times.

The FOS proposed the temporary changes in a consultation paper saying that it wants more firms to settle complaints before they are investigated by the service.

In the last financial year, the FOS received 90,000 more cases than expected where firms had been unable to resolve issues with customers.

To prevent firms from taking a hit to their reputation with high uphold rates, the FOS said it would create a separate category for recording complaints proactively settled by a firm before the FOS has issued an opinion.

The service has proposed that this category would apply to claims it has already received and those settled before the end of the financial year.

Currently the uphold rate is calculated with complaints recorded as having had a change in outcome if the complaint is resolved by the FOS (where the FOS awards a more favourable outcome for the customer).

In the consultation paper, the FOS said: “Due to the way we record outcomes, resolving cases in this way will increase businesses’ published uphold rates. Businesses have previously told us they can be reluctant to resolve complaints in this way due to potential negative public connotations of a higher recorded uphold rate. Although there are of course other considerations that will sit behind a business’s decision to settle a complaint, this factor might act as a disincentive to resolving complaints proactively.

“In recognition of the unprecedented events of the past year, and the increased number of customers waiting for an answer and possible redress, we therefore propose temporarily to adjust the way we report cases resolved in this way, to encourage financial businesses to settle some of their complaints proactively and pragmatically.”

The FOS has recently increased its case fee by £100 to £750 in response to a surge in Coronavirus related cases. In its plans for last year the ombudsman anticipated 145,000 new non-PPI complaints but ended the year having received 237,000, an increase of over 60%. Many of these case are complex and include client vulnerability issues, it said.

More in this category: « 9 out 10 advisers moving towards hybrid advice Recruitment moves higher on Planners' agendas »
back to top