Register for Financial Planning Today website for FREE to view more stories and get our daily newsletters. Click on 2 stories to see Registration pop up.
Tuesday, 18 January 2022 14:25 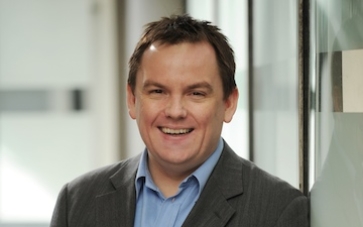 He will join the company on 4 April subject to FCA approval.

Mr Ferguson was previously founder and CEO of adviser platform Nucleus before stepping down in September after selling the business to rival James Hay.

Mr Ferguson has been a strong supporter of fintech and has served as chairman of FinTech Scotland and been Fintech Envoy for the Treasury.

Seccl's current co-CEOs, Sam Handfield-Jones and Dave Harvey, will continue in their roles until 4 April. After this Mr Harvey will focus on Seccl’s future technology and product direction while Mr Handfield-Jones (who led the company’s acquisition by Octopus in 2019) will move to an advisory role.

Ruth Handcock, chair of Seccl and CEO of Octopus Investments, said: “I’m really pleased and excited to welcome David, whose deep sector expertise, proven track record and clear commitment to putting customers first will be of enormous value as we look to further accelerate our growth.

“Seccl is on a mission to rebuild the infrastructure of investments and advice and our innovative, API-first technology is already being used by some of the most exciting firms across the entire retail wealth landscape. It’s testament to the fantastic contribution of both Dave and Sam, who have grown Seccl to half a billion £ in AUA and built an 80-strong team of talented individuals on the back of an award-winning culture.”

Mr Ferguson said: “I’m both grateful and motivated to join such a respected, disruptive and progressive company and to build on the strong foundations that the team has already laid.

“I was determined that my next role should involve working with the best and most transformational technology in our industry, with the backing of an investment partner who shares my ambition and values. Seccl has already marked itself out as having the outstanding technology in our field and, after meeting Simon [Rogerson, Octopus Group founder and CEO] and Ruth, I became convinced that this was the perfect home for me in the next stage of my career.

“Investment platforms have made decent use of technology and automation over the last 15-20 years. But that’s now history. The new opportunity is to redefine the way technology is used to radically improve customer outcomes and reach even more people.

Mr Handfield-Jones added: “The opportunity to acquire and build Seccl over the last two and a half years has been one of the biggest privileges of my career. From the outset, we have sought to revolutionise the technology that sits behind investments and advice. We have built an amazing team to deliver on that mission, who work hard for our fantastic clients at the forefront of change in our market.

“In David, we have found the perfect person to lead Seccl in the next chapter of its growth and I have every faith in his and the team’s continued success. I’m excited to watch this success first-hand as I carry on supporting Octopus in its mission of supporting advisers and fintechs.”

Co-CEO Mr Harvey: “Founding and leading Seccl has been a wonderful experience, and I’m really proud that we power a growing number of investment and advice platforms. The time is right for David to lead and accelerate Seccl’s growth and I look forward to helping the company in an exciting new stage of its journey.”

More in this category: « Government plans crackdown on crypto adverts Planners react as inflation hits 30-year high »
back to top