Register for Financial Planning Today website for FREE to view more stories and get our daily newsletters. Click on 2 stories to see Registration pop up.
Friday, 21 January 2022 09:48 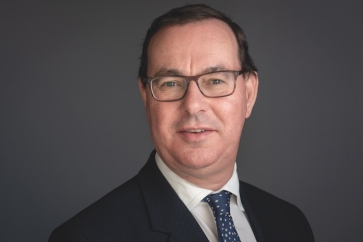 Rapidly expanding Financial Planner and wealth manager Independent Wealth Planners has appointed Rob Allen as its new group CEO to succeed founder David Inglesfield who is stepping down from the role.

Separately, James Hunter has resigned his position as IWP’s CFO and will leave the business at the end of Q1. Gordon Millar has been appointed Interim CFO with immediate effect.

The company has recently been embroiled in a court case with two sellers of a Financial Planning business taken over by IWP. IWP has denied the executive changes are related to the court case.

Under Mr Inglesfield the group has grown rapidly, mainly through acquisition. It recently acquired Throgmorton Wealth Management in its 30th acquisition deal.

Mr Inglesfield said: “I am delighted that Rob is now taking over as group CEO. He has an outstanding track record and has won the confidence of us all as the right person to take the business forward. With Rob safely on board, I will continue to support the growth of IWP, particularly by focussing on our very busy acquisitions pipeline.”

Mr Allen said: “IWP has assembled an outstanding group of IFA businesses, staffed by an exceptional team, delivering great advice and service to clients across the country. It’s a great privilege to be given the opportunity to lead the business forward into the next phase of growth.”

IWP has 32 regulated firms nationally, with over 100 Financial Planners and a total headcount of over 300.

More in this category: « MPs attack 'shambolic' pensions underpayment HMRC cuts bogus phone calls by scammers by 97% »
back to top