Register for Financial Planning Today website for FREE to view more stories and get our daily newsletters. Click on 2 stories to see Registration pop up.
Monday, 24 January 2022 08:53

FinoComp founder to step down 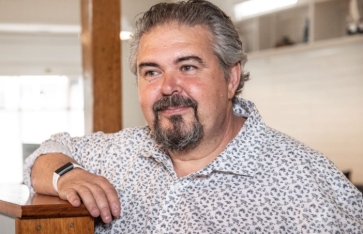 Ray Tubman, founder of Bravura-owned back-office software provider FinoComp, has stepped down from his role at the helm of the firm.

He will remain as an adviser to Bravura before stepping down completely in June.

Former head of product Mike Baker has been appointed managing director at FinoComp. He joined the firm in 2017 and has been “instrumental” in its growth.

Bravura acquired the software solutions company for the wealth management sector for £13m in 2019.

Mr Tubman founded FinoComp in 2015 to develop software solutions for the wealth management sector according to the principles of Microservices architecture.

The firm is now powering some of the largest retail platforms and wealth managers in the UK. He is to step back from the firm in order to travel the world with his family.

Mr Tubman said: “My decision to step down has come at a time when my wife and I are yearning to travel after the Covid lockdowns and to spend some time relaxing while still young enough to enjoy it.

“I would like to extend my sincere thanks to everyone for the support in making this a great company.  I am extremely proud of the business we have built.”

FinoComp has a team of over 55 based across Australia and the UK.

Parent company Bravura also recently had a change at the helm.

Bravura promoted chief operating officer Nick Parsons to be its new chief executive to take over from Tony Klim who stepped down in September.

Mr Parsons joined Bravura as its chief technology officer in 2007.

He has had a number of senior roles at the firm including business development director before becoming global chief operating officer in 2020.

Based in London, Mr Parsons has over 30 years of experience in the IT sector specialising in financial sector solutions.

Prior to joining Bravura, he was chief technology officer for DST Global Solutions.

More in this category: « Mattioli Woods chairman transition delayed Just 4 in 10 on track for 'moderate' retirement income »
back to top