Register for Financial Planning Today website for FREE to view more stories and get our daily newsletters. Click on 2 stories to see Registration pop up.
Tuesday, 15 February 2022 10:50 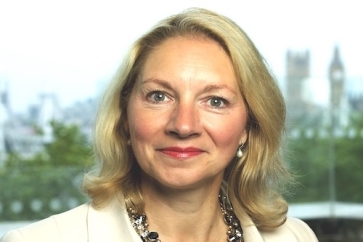 PIMFA says the period is insufficient and does not reflect the importance the FCA has place on the Consumer Duty’s wider impact on financial services.

Liz Field, chief executive of PIMFA, said: “In our ongoing discussions with the FCA we have consistently asked for further clarity on the proposals that they have put forward. To their credit, this updated package of measures, in combination with the draft guidance produced, is clearer on the FCA’s expectations of firms.

“However, there is still scope for further clarity, and we have asked for updated guidance on a number of issues, as well as explicit statements of the expectations of firms. Throughout this process we have been clear our concerns around the Consumer Duty are less about the ability of firms to comply with it on an ongoing basis and more about the broader implementation challenge associated with, and the inherent subjectivity of, the proposals.”

“We do not believe a nine-month implementation period is sufficient for firms to ensure the systems and processes they have in place are sufficient both to measure consumer outcomes and provide the level of reporting distributors will now have to send upstream to manufacturers.”

Ms Field said a two-year implementation period would be more suitable for an industry which “has undergone an enormous amount of regulatory change recently”.

PIMFA also shared concerns about the new Consumer Duty opening a potential floodgate for claims against the financial advice industry.

Ms Field said that PIMFA has ongoing concerns about the lack of alignment between the Financial Ombudsman Service (FOS) and the FCA and how the FOS will chose to interpret the new Consumer Duty.

She said: “While we think it is right that the FCA have set their expectations to the FOS, we draw little comfort from this given it has no obligation to act upon these expectations.

“Ultimately, it is our uncertainty about how FOS will interpret the Duty and, in particular what is reasonable, which will drive whether or not the implementation of the Duty will ‘raise the bar for financial services’ more generally or simply open the floodgates for claims against an industry, which continues to do its best to provide good outcomes for consumers.”