Register for Financial Planning Today website for FREE to view more stories and get our daily newsletters. Click on 2 stories to see Registration pop up.
Thursday, 24 February 2022 09:39 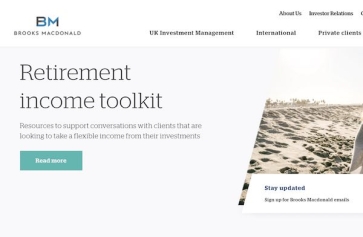 Both companies, however, have poured cold water on the speculation.

Spokesmen for both firms denied to Financial Planning Today that any talks were taking place.

According to a Sky Business News report, Caledonia Investments, the controlling shareholder in 7IM, rejected an unsolicited offer from Brooks Macdonald late last year that valued 7IM at about £300m.

Sky News says its sources suggest that despite being rebuffed Brooks remained “keen” to acquire 7IM.

According to Sky News the two businesses are similar in size to each other, with Brooks Macdonald managing about £17bn in funds under management and 7IM just over £20bn.

Despite the speculation both companies told Financial Planning Today that no active talks were taking place.

A spokesman for 7IM said: “There are no active conversations taking place and therefore we have no comment.”