Register for Financial Planning Today website for FREE to view more stories and get our daily newsletters. Click on 2 stories to see Registration pop up.
Tuesday, 01 March 2022 10:18 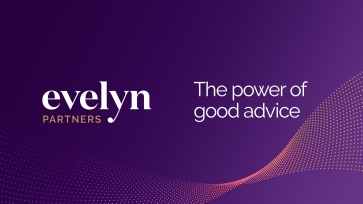 Tilney Smith & Williamson will rebrand as Evelyn Partners this summer

The rebrand was announced with the firm’s financial results this morning.

Tilney Smith & Williamson said the new brand was chosen following research among clients and staff and reflects the fact the business is now one firm “with a single purpose”.

The name Evelyn Partners was inspired by the start of the expansion of Tilney from its regional beginnings in 1883 with the launch of an office in Evelyn Gardens, London.

Bestinvest will be retained as a separate brand and will become known as Bestinvest by Evelyn Partners.

The financial results are the first full year since the completion of the merger between Tilney and Smith & Williamson.

Pro-forma adjusted EBITDA increased 14%, calculated with the full-year results from Smith & Williamson amalgamated with those of Tilney in 2020 for comparison purposes rather than just the four months after the acquisition completed in September 2020.

EBITDA as a percentage of operating income was 33.6%.

Chris Woodhouse, group chief executive at Tilney Smith & Williamson, said: “Notwithstanding current market volatility and the dreadful events unfolding in Ukraine, we have very strong foundations in place for future growth. We have both operational and financial strength and a large and growing pool of talent.”

He added: “As we become Evelyn Partners this summer, we look forward to a new and exciting chapter, focused on the future as truly one firm.”

It added that good progress had been made in consolidating office locations and run rate cost synergies had been achieved ahead of target.

The Financial Planning firm said it has also made good progress migrating clients to its new platform.

During the year Tilney Smith & Williamson also launched a succession programme to give advisers approaching retirement an opportunity to find a new home for their clients.

The firm said that so far two adviser firms have joined under the scheme and there is a strong pipeline for more to join in 2022.