Register for Financial Planning Today website for FREE to view more stories and get our daily newsletters. Click on 2 stories to see Registration pop up.
Thursday, 31 March 2022 12:24 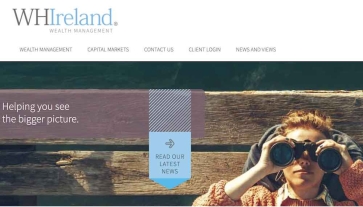 Wealth manager is hunting for a new chairman following the decision of current chair Philip Shelley to retire and focus on other business ventures with effect from 25 April.

Mr Shelley told the board that after nearly three years at WH Ireland he had decided to retire and focus on developing his growing business interests outside the company.

He leaves the business under the management of Phillip Wale as CEO and a revamped senior management team which includes the recent appointments of Simon Jackson, as CFO; Michael Bishop, as new head of wealth management and Fraser Marshall, as the head of capital markets.

Mr Philip Shelley said: "It has been a pleasure to chair the group and to contribute to its turnaround and transformation. During this time, we have achieved stability and improved performance, developed a focused growth strategy and appointed an experienced and strengthened board and senior executive team capable of implementing it."

Chief executive Phillip Wale said: "I would like to thank Phil on behalf of the board for his help and guidance to myself and the executive team. His focus and energy has assisted us to materially advance the turnaround of WH Ireland and ensure a clear focus on its core strengths. He has been an excellent chair and we wish him every success in his continuing portfolio career."

• Canada Life has announced a new chairman for the UK as Derek Netherton steps down later this year after 10 years at the helm. Andy Watson, currently a non-executive director at Canada Life Limited, has been appointed, subject to regulatory approval, as incoming chairman.

More in this category: « Curtis Banks hit by 2,500 fall in SIPP numbers CISI Paraplanner Conference stays online for 2022  »
back to top