Register for Financial Planning Today website for FREE to view more stories and get our daily newsletters. Click on 2 stories to see Registration pop up.
Friday, 08 April 2022 11:24 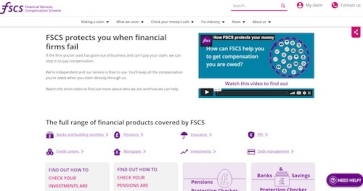 The Financial Services Compensation Scheme has declared in default a company with three trading names, including two Financial Planning arms, after at least one BSPS claim.

The business, first authorised in 2004, was declared in default by the FSCS this week.

The FSCS said it had so far received two claims against the firm, including one related to a British Steel Pensions Scheme (BSPS) transfer.

For the sector as a whole, up to 31 March the FSCS had received 1,384 claims for BSPS transfers with some 781 claims completed. The FSCS has so fair paid out paid compensation for claims against 34 firms.

According to the FCA register, the two directors of Keywood Olley & Associates are Stephen Andrew Olley and Roger Gordon Keywood. Both are also involved in running a separate advice business, IFA Consultants Ltd, also of Bingley. This firm remains authorised by the FCA and was first authorised in 2008. It is not subject to FSCS intervention.

Keywood Olley & Associates Ltd is now in liquidation. The firm described itself as a West Yorkshire-based independent financial advisers offering an, “impartial advice service to individuals and businesses across the UK.”

The firm promoted itself to clients as specialising in retirement planning, “including occupational transfers and workplace pensions.”

The FCA ordered Keywood Olley & Associates to cease all regulated business in August last year. The FCA also imposed as asset retention order in December 2019, telling the firm not to dispose of any assets.

IFA Consultants Limited, a separate business, is a firm of independent financial advisers, and describes itself as having in excess of 50 years industry experience and providing “practical financial planning advice to people, families and businesses in Bingley, Bradford, Leeds and the surrounding area.”

The FSCS said that by transferring to a private pension arrangement, the BSPS victims would have potentially lost benefits already built up in the British Steel Pension Scheme.

More in this category: « Taskforce warns on vulnerability and sudden wealth FCA issues warnings on 19 suspect firms in 7 days »
back to top