Register for Financial Planning Today website for FREE to view more stories and get our daily newsletters. Click on 2 stories to see Registration pop up.
Monday, 11 April 2022 11:14 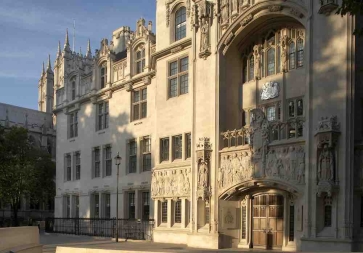 The Supreme Court has denied STM Group permission to appeal in the landmark Adams vs Carey case, effectively ending the long-running saga which questioned provider responsibility when accepting investments into a SIPP.

The appeal was denied this morning.

STM-owned Options (formerly Carey Pensions) had sought permission to appeal following a ruling from the Court of Appeal last year which ruled in favour of the claimant who had lost money after making a high-risk, unregulated investment through his SIPP.

The Supreme Court is the final court of appeal in the UK legal system, therefore the appeal denial is likely to end the long-running sage relating to an investment made in 2012.

The original case was heard in March 2018.

Last year the Court of Appeal unanimously overturned its previous ruling and found that Adams was advised by CLP Brokers, an unregulated introducer based in Spain. The court said that as CLP was not authorised by the Financial Conduct Authority to give investment advice, or make arrangements relating to investments, this was in contravention of the Financial Services and Markets Act 2000.

In a statement this morning STM said: “A condition of the acquisition was the indemnity on any claims in the Adams v Carey case, with the benefit of significant existing PI cover held by the vendors. The decision therefore does not directly impact STM's exposure in this case, but it will have implications for the Financial Services industry more broadly.”

More in this category: « 6 in 10 Financial Planning bosses looking to exit National accountant acquires veteran IFA firm »
back to top