Register for Financial Planning Today website for FREE to view more stories and get our daily newsletters. Click on 2 stories to see Registration pop up.
Tuesday, 12 April 2022 16:32 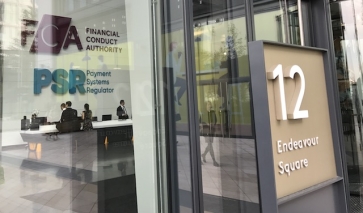 Members of the Unite trade union working at the FCA have voted in favour of strike action in a row over changes to pay and conditions.

A ballot of Unite members at the regulator returned a 75% vote in favour of industrial action, Unite said today.

The vote in favour of a strike is believed to be a “historic first” for the FCA workforce, Unite said.

Sharon Graham, Unite general secretary, said: “For the first time ever, the employees at the Financial Conduct Authority have voted for industrial action. They have made it very clear that the proposed changes to staff pay and conditions are completely unacceptable. The FCA management must now address the serious concerns of their employees.

Alan Scott, Unite officer, said: “FCA staff have not taken the decision to vote for industrial action lightly. Unite has made it clear that the pay cuts and unfair appraisals are extremely detrimental to thousands of staff and it is time for the FCA to rethink these plans. The continued refusal to recognise an independent trade union further damages the standing of the organisation.

“The management could still avoid the reputational and business damage caused by strike action by meeting with Unite to resolve the dispute.”

Following the ballot result Unite has contacted ACAS in an attempt to encourage the FCA to sit down with Unite representatives to address the concerns. Unite says that unless positive steps are taken to address the concerns set out by staff, Unite members at the FCA will meet to plan the next steps in the dispute.

Staff are unhappy about a new pay system which will see bonuses mostly dropped. Unite says the changes will lead to cost-cutting measures and turn the FCA into a “bargain basement” regulator.

Earlier in the year Unite said members have shared fears over a new appraisal system which “punishes strong performers.” It said management was imposing an unfair appraisal system which requires managers to “arbitrarily downgrade” a set number of their employees even if they are performing strongly. Unite said current indications are that this system will hit carers, disabled people and minority ethnic staff hardest.

It said that by abolishing bonuses, the FCA was imposing a 10-12% pay cut for the majority of staff who considered the bonuses part of their basic pay.

Earlier this month the FCA responded to staff concerns by announcing a new pay and benefits package which would offer 800 of its lower paid staff a pay and benefits increase worth £5,500 each. The FCA says under the new deal most staff will get a minimum salary increase of over 9% over the next two years.

While the FCA will boost salaries it has confirmed that discretionary cash bonuses will be axed for all staff from next year, with the final bonuses paid to the highest performing FCA workers in April.

The FCA has been asked for comment about the strike threat.

More in this category: « Fidelity Adviser Solutions partners with Origo Hub FCA expects only 8% of staff to strike »
back to top