Register for Financial Planning Today website for FREE to view more stories and get our daily newsletters. Click on 2 stories to see Registration pop up.
Thursday, 28 April 2022 10:22

73% have little or no plan for later retirement years 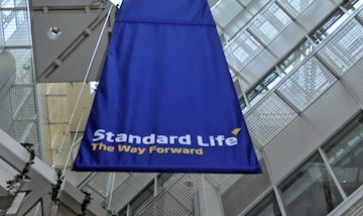 Boxclever conducted research among 4,896 UK adults in July and August on behalf of Standard Life

Three quarters (73%) of UK adults have carried out little or no planning for their later life retirement finances, according to a new report.

UK adults are risking potential financial shortfalls later in life by focusing purely on the active phase of retirement, according to a new report from Standard Life.

Two thirds (62%) of the 5,000 18 to 91-year-olds surveyed said they focus on the early, active stages when thinking about retirement.

Over half (52%) of those surveyed said they simply avoid thinking about being older in retirement when they might be less mobile or in poorer health.

Three-quarters (73%) said they have done little or no planning around the amount of money needed to live on in retirement, while nearly three in ten (28%) admitted they never review their long-term finances to check how things are progressing.

A third (34%) also stated they preferred to live for today than plan for tomorrow.

Those who are not yet retired said they think they will be able to support their lifestyle until the age of 84, while those already in retirement expected to support themselves until 81.

However, the latest figures from the Office for National Statistics show that more than 600,000 people are aged 90 over, highlighting the challenge that people may face in making their savings stretch.

Jenny Holt, managing director, customer savings and investments at Standard Life, said: “I think it’s natural that the vast majority of people focus on the early retirement years, when they tend to be more active and in better health, and delay thinking about the later stages when they may be inactive or require care. It’s not easy to think about times in our lives when we might not be active or independent, however, this could leave a financial hole in later life, especially as we are living for longer and the time we spend in retirement is subsequently increasing.

“As we move away from defined benefit to defined contribution pensions, underestimating or not thinking about finances for the full duration of retirement could have a detrimental impact. It’s therefore crucial that people feel informed and engage with their retirement finances so they can have a financial future that lasts the full length of retirement.”

According to Standard Life’s research, those who had planned for their retirement expected their funds to support them for 19 years, in comparison to 11 years for those who had done no retirement planning.

Boxclever conducted research among 4,896 UK adults in July and August on behalf of Standard Life.

More in this category: « Continuum reports assets up 20% to £1.52bn Third credit union goes bust this year »
back to top