Register for Financial Planning Today website for FREE to view more stories and get our daily newsletters. Click on 2 stories to see Registration pop up.
Thursday, 12 May 2022 08:34 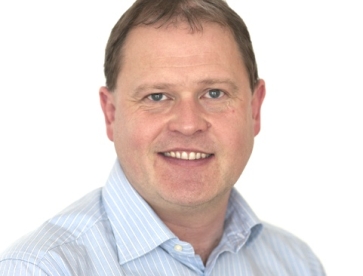 Ludlow Wealth Management, a subsidiary of wealth manager and SIPP provider Mattioli Woods, has acquired £80m AUM Glasgow Financial Planner Ferguson Financial Management in a deal worth up to £1.2m.

Ludlow will pay an initial sum of £0.6 million for Ferguson and a potential further sum of up to £0.6 million if performance targets are reached in the year after completion.

Ferguson provides Financial Planning and wealth management to over 200 private client families and has approximately £80 million of assets under advice.

As part of the deal an experienced Ferguson employee will join Mattioli Woods and operate from the group's existing Glasgow office, Mattioli says.

Michael Wright, group managing director of Mattioli Woods, said: "We are pleased to complete Ludlow's first acquisition since joining the group. We continue to work closely with Ludlow's experienced team as we pursue other transactions of a similar nature to further expand our growing wealth management presence in the north of England and Scotland."

Ian Hemingway, chief executive of Ludlow, said: "Ludlow has a track record of successful deals involving retiring financial advisers, a model which Mattioli Woods continues to support.  We look forward to working with the Ferguson team to responsibly integrate their clients into the group over the coming months, whilst continuing to explore other opportunities within the market.”

While it has been relatively quiet this year, Mattioli has been a major acquirer of Financial Planning, IFA and wealth management firms in recent years. Last year it acquired eight firms including Maven Capital Partners, Ludlow Wealth Management and Richings Financial Management.

More in this category: « Britons’ 'wealth score' falls 8% in first quarter Kingswood buys Lincolnshire IFA for £421,000 »
back to top