Register for Financial Planning Today website for FREE to view more stories and get our daily newsletters. Click on 2 stories to see Registration pop up.
Thursday, 19 May 2022 07:28 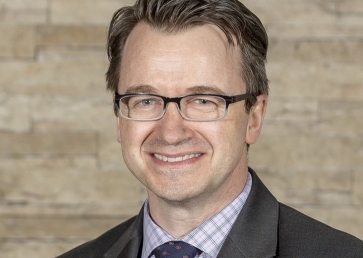 Noel Maye, the founder CEO of the global Financial Planning Standards Board (FPSB), is to step down from the body at the end of the year.

Mr Maye is one of the best known figures on the global Financial Planning scene and helped set up the FPSB – which sets standards globally for Certified Financial Planners (CFP) – in 2004.

In the UK the Chartered Institute for Securities & Investment is the local body for CFP certification and a member of the FPSB.

The number of territories with CFP Professionals has risen from 17 to 27.

In the UK the FPSB worked for many years with the Bristol-based Institute of Financial Planning headed by CEO Nick Cann. The IFP merged with the CISI in 2015.

The FPSB, based in Denver, says it has now begun the search for Mr Maye’s replacement.

Mr Maye said now was the right time for him to step back after nearly 20 years with the FPSB.

He said: “It’s been my privilege to have served the international CFP certification programme, global Financial Planning profession and FPSB for two decades.”

“I’m humbled by what the FPSB team, FPSB Network and global CFP professional community have collectively achieved on behalf of the public and the profession. The time is right for me to step back, support the transition to FPSB’s next CEO, and cheer on the FPSB board, team and global Financial Planning community to new heights.”

FPSB board chairperson Garry Muriwai praised Mr Maye for his “drive and passion for the FPSB mission and vision.”

He said: “FPSB has achieved a lot and substantially raised the global profile of Financial Planning and CFP certification under Noel’s leadership. The FPSB board and I are grateful for his contribution and leadership and appreciate his commitment to supporting an orderly transition to a new CEO later this year.”

The FPSB board says that it has “pre-identified” a potential strong candidate to replace Mr May but will consider all suitable candidates who apply to ensure fairness and transparency.

Nick Cann, former CEO of the IFP, said: "Noel Maye is a brilliant, patient man. He battled and negotiated hard to grow the FPSB to 203,000 CFP numbers. I am humbled by what we have been able to achieve together during his time with the FPSB on behalf of the public and the profession.”

"He has been a significant driving force behind the growth in numbers of CFP professionals across the world and the expansion and understanding of the Financial Planning profession globally. He has been supportive in his role as CEO of the FPSB; willing to support individual countries by flying in to speak at conferences, do interviews and has been an inspiration to many within the profession, including me. I wish him well in his next chapter.”

More in this category: « FSCS steps in as fifth credit union fails  Synaptic bolsters Pathways planner tool »
back to top