Register for Financial Planning Today website for FREE to view more stories and get our daily newsletters. Click on 2 stories to see Registration pop up.
Monday, 13 June 2022 09:39 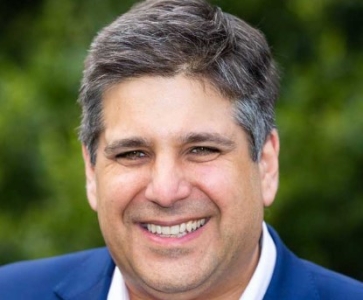 The UK economy shrank for a second month in April as businesses felt the impact of rising inflation.

GDP fell by 0.3% in April, with all sectors of the economy contributing to the slump, according to the Office for National Statistics.

The economy’s performance was weaker than expected, with most economists predicting a rise of 0.1%.

It shrank by 0.1% in March, according to the official figures.

Financial Planners and wealth managers said that there may be stronger contractions in the economy to come.

Philip Dragoumis, Financial Planner and owner of London-based Financial Planning firm Thera Wealth Management, said: "These numbers still don’t fully include the cost of living crisis and its effect on consumer spending, which means a sharper contraction - and potentially recession - is to come in the months ahead. Any additional rate rises should now be put on hold and there is an argument, too, for easing tax rises. Also, this is no time to start a trade war with Europe over the Northern Ireland Protocol."

Adrian Kidd, Chartered Wealth Manager at Aylesbury-based EQ Financial Planning, said: "Sadly, there is not much that can be done about the current economic situation we're in. Central banks globally have failed in their inflation management, money printing and interest rate policies. They are now caught between two policy errors which are not putting rates up enough to curb inflation and putting up rates too much to push us into recession."

Fund managers and platforms have also shared concerns that the contraction in GDP could mark the start of a recession.

Danni Hewson, financial analyst at investment platform AJ Bell, said: “The UK economy is still holding on to its post pandemic gains, up 0.9% on where it had been before lockdowns were a thing. But after roaring back to life the economic engine has overheated, stalled on the side of the road, waiting for jumpstart or paused until the thermostat eases slowly out of the red.”

Quilter Investors expects things to get worse before they get better.

Paul Craig, portfolio manager at Quilter Investors, said: “While a recession is still a while away, it is looming on the horizon and its effects will begin to be felt in the UK well before we are officially in one. Contraction in services was the main driver of the fall in monthly GDP growth, but manufacturing and production continues to struggle with rising prices and supply chain shortages. With this data reflecting April’s economy, the real picture today is likely to be event starker.

“Despite weakening economic growth, the Bank of England this week is expected to raise rates further as it seeks to get inflation under control and looks to be seen to be doing something. However, as the BoE has pointed out in the past, much of this is inflation is out of its control and as such it is going to be an incredibly difficult task to guide the economy through this volatile and uncertain period. This could ultimately get even more difficult with Brexit tensions rising to the fore once again, while the strong dollar is making any attempt to revive sterling a tough one.

“With sterling sitting where it is just now things are unfortunately going to get worse before they get better. Just as with the pandemic response two years ago, fiscal and monetary policy is going to have to work hand in hand. This could mean we see the BoE reversing course later on this year as the true extent of the economic damage reveals itself.”