Register for Financial Planning Today website for FREE to view more stories and get our daily newsletters. Click on 2 stories to see Registration pop up.
Thursday, 23 June 2022 10:09

Half of advisers look to platforms for Consumer Duty support 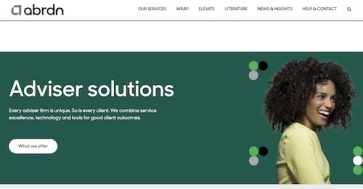 Abrdn surveyed 424 financial advisers on Consumer Duty in May

Almost half (46%) of advisers aware of the Financial Conduct Authority’s (FCA) new Consumer Duty rules plan to turn to platform providers for implementation support, according to a new report.

Two in five (44%) said they would rely on internal resources, whilst 39% planned to engage an external compliance provider.

Seven in ten (73%) of the advisers surveyed by abrdn were aware of the proposed regulations. Awareness was highest among networked firms (75%) and lowest among those at firms with restricted direct authorisation (69%).

Over half (54%) said they expected their firm would need to make procedural changes in order to comply with Consumer Duty.

Just under half (46%) expected their firms would need to take on additional resources in order to comply, with those working in directly authorised business (50%) most likely to be planning to hire.

When it came to the challenges in adopting the new regulation, advisers most frequently pointed toward a lack of understanding of the new requirements as the biggest hurdle (25%), with a quarter citing the financial pressure of increased overhead costs.

Another quarter of the advisers surveyed said they lack the capacity within their business to support the administrative burden of Consumer Duty, while 23% said they expect to struggle with implementation deadlines being too tight.

Alastair Black, head of industry change at abrdn, said: “Consumer Duty will be a big step change for advisers when it comes into force next year. It’s clear that the majority of advisers are already reviewing what it means for their business, and are anticipating the need to change processes, procedures, and even hire, to ensure they are aligned.

“At its core, Consumer Duty is about good governance, which will touch on all parts of firms’ operations. With this in mind, it’s encouraging to see that advisers will be turning to a range of sources to aid their compliance efforts, including their third-party partners.

“Consumer Duty is essentially advocating good customer outcomes which is already at the heart of everything an advice firm does. So, while it’s encouraging to see firms considering its implications, the change may not be as big as some fear.”

Censuswide surveyed 424 financial advisers on behalf of abrdn in May.