Register for Financial Planning Today website for FREE to view more stories and get our daily newsletters. Click on 2 stories to see Registration pop up.
Thursday, 30 June 2022 10:15 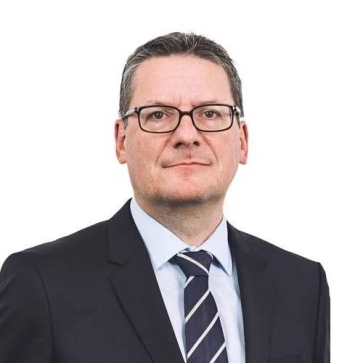 AXA UK chair Scott Wheway is to step down immediately to take up the role of chair of Scottish Widows group from 12 September.

Mr Wheway has extensive experience in financial services over the past 15 years. He was chair of Aviva Insurance and served as a non-executive director of Aviva plc between 2007 and 2016.

He spent seven years on the board of Santander UK, where he was the senior independent director until September 2020. He has also worked as an executive in the retail sector for over 25 years where he held positions including chief executive of Best Buy Europe, managing director of Boots the Chemist and a number of senior positions at Tesco.

Robin Budenberg, group chair of Lloyds Banking Group, said: "Scott will bring a depth and breadth of knowledge and experience of large-scale banking and insurance to his roles with the group. His track record as a non-executive and executive in customer-centric companies complements the group's strategy and will help us deliver the right outcomes for customers.

“I look forward to welcoming him to the group. I would also like to thank Sophie O'Connor for taking on the role of interim chair of Scottish Widows Group since Nick Prettejohn stepped down from the role in September last year."

• AXA UK has appointed Mark Pain as its new chair. He was appointed to the board as a non-executive director in December 2018 and is chairman of the Risk Committee and senior independent director. He is a former retail banker and has had roles at Aviva UK, where he chaired the Audit Committee. He is also senior independent director at Close Brothers Group Plc. He is non-executive chair of London Square Ltd and Empiric Student Property Plc.

More in this category: « FCA warns lifetime mortgage firms about ‘exploitation’ risk Morningstar to rename Praemium after £35m takeover  »
back to top