Register for Financial Planning Today website for FREE to view more stories and get our daily newsletters. Click on 2 stories to see Registration pop up.
Thursday, 07 July 2022 08:20 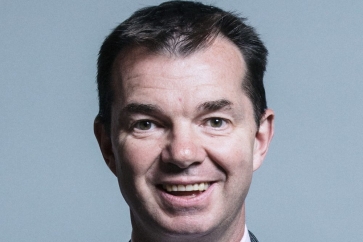 He formerly served as a Government Whip and has been Conservative MP for Hexham since May 2010.

He published his resignation letter this morning.

In his letter to Prime Minister Boris Johnson, Mr Opperman wrote: “I am proud of what we have achieved at the DWP. I want to put on record my thanks to the DWP civil servants and ministerial teams I have worked with to produce and pass five Acts of Parliament, grow workplace and state pensions to record levels, and passing the ground-breaking Pension Schemes Act that dramatically reforms pensions in the UK.

“I could go on, and there is much more reform I would have liked to have done, but I have to ask you to step aside.”

In the letter he wrote that he had been “particularly upset at the behaviour of the Number 10 team during the Covid restrictions” and “recent events have shown clearly that Government simply cannot function with you in charge.”

The letter called for Mr Johnson to step down.

On his social media Mr Opperman added: “It should not take the resignation of 50 colleagues, but sadly the PM has left us no choice”.

Mr Opperman is one of a raft of Government ministers and figures who have resigned over the past 48 hours.

Treasury minister Helen Whately was also among the minister’s to announce resignations this morning.

In her resignation letter she told the Prime Minister “there are only so many times you can apologise and move on.”

She has served the Government as Exchequer Secretary to the Treasury since 2021. She was formerly Minister of State for Social Care and has been a Conservative MP since 2015.

It is not yet know who will replace Mr Opperman and Ms Whately.

He said: "This marks the end of a fairly long period of stability in the post, which has typically been a revolving door with many ministers using it as a springboard to jobs in the Treasury. Pensions by their very nature are long term and pension policy benefits from long standing ministers. Setting retirement policy and ensuring we have a well-functioning state pension system is a long-term project but it is unlikely we'll see the kind of stability Opperman brought for some time now. In just 24 years there have been 14 ministers with only Sir Steve Webb staying for longer than two years.

"During his time in the post, Opperman has been an influential figure in driving a number of considerable projects and policies such as the upcoming pensions dashboard, which will allow users to see all their pension policies in one place.

"Opperman was quick to grasp the issues in pension landscape but progress was often hampered by the political backdrop such as Brexit, Tory infighting and the pandemic.

"There still needs to be huge swathes of change within pensions but this needs to be led not only be the DWP but also the Treasury. One such area is Automatic Enrolment, where progress has been hindered in part by the Treasury, which often kicked the can down the road or stifled evolution due to cost. This may be one area of regret for the outgoing minister.

"Opperman has been keen to drive customer engagement and help people understand their pension and get value for money. He has been a leading force in pushing for ESG in pensions and investments and developing the available types of pensions such as Collective Defined Contribution (CDC). It is without doubt sad to see him go."