Register for Financial Planning Today website for FREE to view more stories and get our daily newsletters. Click on 2 stories to see Registration pop up.
Monday, 18 July 2022 08:56

LV= CEO Hartigan to step down 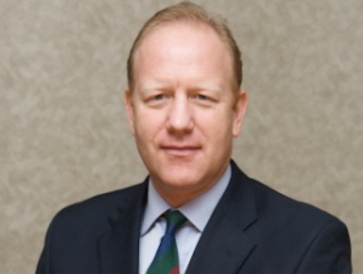 LV=’s CEO Mark Hartigan is to step down following an aborted takeover of the firm by investment business Bain Capital.

The mutual announced today that Mr Hartigan would step down as interim chief executive and a member of the board.

LV= will now seek a permanent CEO with the hunt under way. Mr Hartigan will remain in place until a successor has been found.

LV= has suffered uncertainty over a series of takeover and merger plans.

At one point, Royal London and LV=,  both mutual providers, discussed merging but this was later abandoned.

Royal London expressed interest in merging with LV= - after LV='s attempt to sell the business to private equity firm Bain Capital - failed due to lack of member support.

Simon Moore, LV= chair, said: “Mark was engaged on an interim basis to perform two discrete business tasks. The first, and most important, was to improve the underlying commercial performance and fundamentals of the business. The second was to carry out a full strategic review as instructed by the board - which ultimately led to the proposed transaction with Bain Capital.

“That transaction did not proceed, with members sending a clear message that mutuality remains important to them.  Mark has led a successful turnaround of the business, in our recent 2021 financial results we announced that we outperformed both in terms of our new business volumes and that there has been significant growth in sales and trading profit.

“He has built a strong executive team with a culture that places members at the core of the brand. Under his leadership the company is now trading profitably and has won significant market share.

“With LV= now looking forward to the future with confidence, the board and Mark have agreed that the time is right to appoint a permanent chief executive to build on this platform and further develop a sustainable mutual future for LV=. I will be leading the search process with support from Russell Reynolds Associates.

“On behalf of my fellow board members I would like to thank Mark for everything he has done during his time as LV= chief executive.”

Mr Hartigan said: “LV= is an outstanding company with a prosperous and dynamic strategy and outstanding employees who serve this mutual’s membership with passion and professionalism. Thanks to the progress of our plan to transform the business, and despite challenging trading conditions, it is now well capitalised and clear in its future plans. With a strong leadership team in place and a clear plan for the future it is the appropriate time for me to step aside as interim chief executive.

“I express my gratitude to the board of LV= who charged me with very specific and fundamental tasks when I was appointed.  I, particularly, want to thank the employees of LV= who have been absolutely key to putting this hugely important business back on a much firmer footing.”

More in this category: « Clifton AM snaps up Aberdeen wealth firm  Do not 'panic buy' a DB transfer warns LCP »
back to top