Register for Financial Planning Today website for FREE to view more stories and get our daily newsletters. Click on 2 stories to see Registration pop up.
Monday, 18 July 2022 10:54 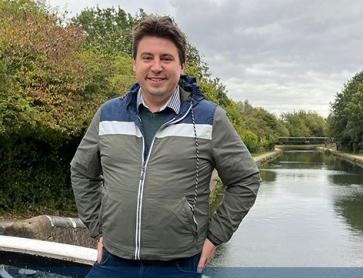 A group of MPs has called for auto-enrolment pensions for self-employed workers to get more people saving for retirement.

The All Party Parliamentary Group on Financial Resilience (APPG) has urged the Government to introduce auto-enrolment for the self-employed via a reformed tax system.

The Financial Resilience APPG was set up in the wake of the Coronavirus pandemic to give MPs a forum for discussion and to make recommendations to Government about how to improve resilience.

The APPG report also called for Government to work closely with existing guidance providers. It said the take-up of Government services, such as MoneyHelper and Pension Wise, should be improved, and expert non-profits should be used as consultants or providers of financial guidance.

It also wants the Government and the financial services sector to work together to develop flexible savings products for those who may need access to a rainy-day fund but still want to save for later life.

Shaun Bailey MP, co-chair of the APPG, said: “In the past there has been a focus on how to lift people out of difficult financial situations, but little has been done to understand why people end up there. What this report does is uncover just how close large groups of the population are to experiencing a crisis in their personal finances.

“It is particularly important in revealing that those who we may commonly define as ‘comfortable’ or ‘middle-class’ can be one negative life event away from struggling to meet essential costs.

“However, the findings in this report also support an emerging consensus around the pandemic; that a great polarisation existed in the saving and spending capabilities of those across the income spectrum.”

Jon Greer, head of retirement policy at Quilter, welcomed the report but said more work needed to be done to understand how to encourage more pension saving among the self-employed before the Government can legislate effectively to boost saving.

He said: “The APPG rightly calls out the success of auto-enrolment and the obvious practical issue of lack of an employer to act as facilitator for the self-employed. The prospect of utilising the annual tax return provides the clearest opportunity to get more self-employed people saving in pensions. However, it may be presumptuous to assume the inertia which has made auto-enrolment so successful extends to the entire self-employed population.

“Overlaying the automatic enrolment framework will be unpalatable for some and could breed further disaffection among segments of the self-employed who value personal autonomy highly. For many small business owners, managing volatility in income is the biggest challenge. Life in self-employment moves with the market people operate in, which means they tend to favour certain products that do not lock away their money as pensions do.

“One potential solution raised by the APPG is the ‘sidecar’ model for self-employed pensions which aims to create an optimal level of liquid savings, while maximising long-term savings by contributions being paid into a combined account structure initially distributed between a liquid account and another which is the pension account. Once funds reach a certain level in the liquid account, then all contributions would be paid into the pension account.

"While this has merit and some trials of ‘sidecar’ have taken place over the years, we need to work to better understand the self-employed to ensure they have a stronger chance of financial security in later life and adjust our efforts as an industry based on this.”

More in this category: « Duo jailed for £20m SIPP transfer fraud Transact quarterly flows and assets drop »
back to top