Register for Financial Planning Today website for FREE to view more stories and get our daily newsletters. Click on 2 stories to see Registration pop up.
Tuesday, 19 July 2022 13:14

Staff numbers drop 4% at FCA due to recruitment challenges 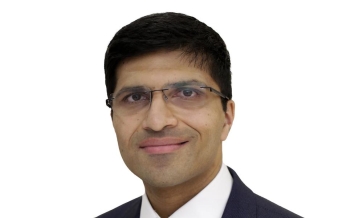 The number of full-time employees at the Financial Conduct Authority fell by 4% to 3,791 in the 2021/22 financial year.

The regulator said the drop was due to a return to pre-pandemic levels of attrition and ‘recruitment challenges’.

For the previous financial year, the regulator had 3,938 full-time employees.

Overall staff turnover for the FCA in 2021/22 was 17.3%. Of this 15.5% was voluntary turnover with staff choosing to leave the regulator.

The drop in headcount led to a drop in staff costs versus budget of £29.7m, according to the FCA’s annual report published today.

Sickness absence also increased. During 2021/22 the average days per year lost per person increased to 6.7 days from 4.4 days the year before. However this figure is comparable to 7.3 days in 2020, prior to the pandemic.

In February the FCA board decided not to increase employee salaries in 2021/22, with the exception of a 1.2% salary increase for those paid below £24,000. In total 6% of employees received a salary increase.

CEO Nikhil Rathi was the highest paid employee of the FCA with a basic salary of £455,000 for the 2021/22 financial year. His total remuneration package including pension was £515,000.

Chairman Charles Randell received a basic salary of £170,000 which remained unchanged from 2020/21. He stepped down as chair on 31 May.

The FCA spent £10.1m on recruitment, training and wellbeing in the 2021/22 financial year.

The regulator also recruited 43 graduates, with a strong focus on recruiting STEM graduates to its data science and technology specialist teams. It received over 8,500 applications for its graduate and intern programmes in 2021.

The figures were revealed in the FCA annual report and accounts published today.

Trade union Unite, currently involved in a dispute with the FCA, has claimed that 1,000 staff have left the FCA since Nikhil Rathi took over as CEO in October 2020 as a result of the changes under the transformation agenda. Financial Planning Today understands the figures is around 720.

Unite has put planned further strike action at the regulator on hold while talks continue on union recognition and pay.

The FCA also published its perimeter report today, which will be published quarterly, in which the regulator highlights gaps in legislation and potential for harm.

One area for concern highlighted by the regulator within the perimeter report is appointed representatives (ARs) where the regulator sees risk of harm to consumers when principals do not adequately oversee the activities of their ARs.

More in this category: « Watchdog cracks down on appointed reps FCA misses communication and authorisation targets »
back to top