Register for Financial Planning Today website for FREE to view more stories and get our daily newsletters. Click on 2 stories to see Registration pop up.
Thursday, 21 July 2022 13:09 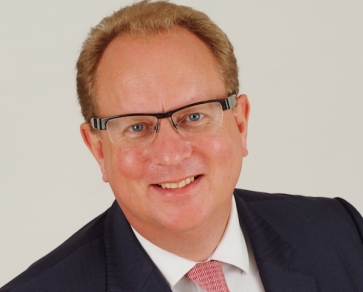 Changes to the inheritance tax (IHT) system could be a vote winner for politicians at the next election as IHT receipts continue to rise, according to Financial Planners.

IHT receipts for April to June were £1.8bn, £0.3bn higher year-on-year, according to new data from HMRC this morning.

Keith Churchouse, Chartered Financial Planner at Chapters Financial, told Financial Planning Today that the continued rises in IHT receipts reported by HMRC are no surprise and that many of his clients are “already engaged” with the issue.

He added that making changes to the IHT system could prove popular with voters at the next general election.

He said: “With the change in Prime Minister due in September, and IHT being a topic close to many hearts and minds in counties across the UK, making positive changes might be the vote winner needed to get the new incumbent over the line in 2024.”

Niall Gunn, managing director of IFA firm Prosperis, agreed that changes to the IHT system could be popular with voters.

He has also seen an increase in clients look for estate planning services as IHT continue to rise.

Julia Rosenbloom, tax partner at wealth manager and Financial Planner Evelyn Partners, said we could see a revisiting of policy on IHT reform which is currently parked.

However, she warned that any reform could see an increase in IHT receipts rather than a decrease.

She said: “Promises of tax cuts have been a dominant theme in the Conservative leadership campaign to date, but whatever the new Prime Minster and their Chancellor announce when they take office, any pledges being made won’t translate into tax cuts across the board.

“Whilst some tax cuts could be on the cards, the new leadership may try to balance the books with tax increases in other areas and IHT could be an easy target. This could see the revisiting of the policy of IHT reform which is currently parked.

“Given uncertainty surrounding the possible changes that the new leadership could make to personal taxation in the coming months, the need for families to give adequate thought to tax planning and take professional advice is extremely important at the moment.”

Calculations from HNW investment service Wealth Club have predicted the average IHT bill could increase to just over £266,000 this tax year. This is a 27% increase from the £209,000 average paid three years ago.

Currently one in 25 estates pay IHT, but the freeze on IHT thresholds, house price rises and high inflation mean that more estates are coming above the threshold.