Register for Financial Planning Today website for FREE to view more stories and get our daily newsletters. Click on 2 stories to see Registration pop up.
Friday, 22 July 2022 08:59

Many ‘Boomers’ want to work past 70 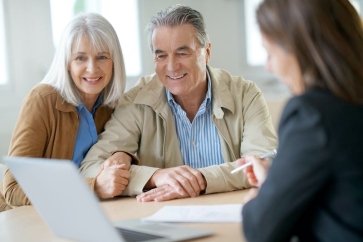 A new survey warns that many Baby Boomers (those aged 58-75) are being forced into early retirement and would prefer to retire later - past 70 in many cases.

Many say they would like to work later to boost retirement income and help their families.

Many also want regulated financial advice before they fully retire, the report found.

The survey found that nearly half (44 per cent) of UK Baby Boomers were still in paid work at the time of the survey which was carried out early this year.

The anticipated retirement age when women begin drawing their first pension has shifted by three years, the study found, from an average of 60.4 to 63.4 years old – reaching parity with men’s retirement age expectations.

Despite new age discrimination legislation, the report found evidence that many ‘Boomers’ were being pushed out of full-time work earlier than they wanted. Dunstan Thomas says this may explain why retirement age expectation sits well below desired retirement age.

The study uncovered evidence from interviewing Boomers that many were being forced out of full-time work in their late 50s and early 60s.

The report also found an increasing trend of intergenerational subsidisation is now “significantly denting” Boomers’ disposable retirement income levels. A third (33 per cent) of all Boomers anticipated continuing to support their children financially in some way following retirement while 16 per cent were found to be supporting their grandchildren.

The average number of years this group expected to continue subsidising family members in-retirement was 9.6 years.

Of the nearly half (43 per cent) of Boomers who have already withdrawn some or all of their Tax Free Cash, four per cent had used this to help family members get on the property ladder and just over one per cent used it to subsidise the cost of a major life event of family members such as a wedding or honeymoon. A further one per cent put the funds into savings for school or university fees for family members.

Adrian Boulding, director of retirement strategy at Dunstan Thomas, said: “Many Boomers are financially supporting their children and increasingly grandchildren and what they are likely to be setting aside for this purpose is running into thousands of pounds per year. We found one example of a pensioner paying the rent on her granddaughter’s flat.

“This level of subsidisation by Boomers is worthy of further investigation because it has clear implications for the retirement income levels they will need to build in order to support themselves, their children and other family members simultaneously.”

The report also found the appetite for DB to DC transfers had doubled from one to two per cent (of all Boomers) since Dunstan Thomas last asked this generation whether they were considering transfers out of DB schemes to access pensions earlier back in 2017.

This study uncovered advice ‘hotspots’ of high demand for regulated advice on the run up to and in retirement. Hotspots included setting affordable drawdown rates, optimising retirement income, Inheritance Tax Planning and advice around equity release and downsizing.

Three per cent of all Boomers said that over the last two years of the pandemic they were “forced into earlier than planned retirement by being made redundant or losing contract work and not being able to find new paid work.”

A further two per cent admitted they had lost their jobs in the pandemic and could only secure a new one with a lower salary and less security and have had to postpone retirement as a result.

The report also discovered poor response and engagement levels (among Boomers) being generated by the recently revised Wake Up Packs and new Investment Pathways.

The study revealed that 40 per cent of Boomers did not remember receiving their Wake Up Packs and a further 30 per cent confirmed that they had definitely “not received the pack from their provider.”

• For the report Dunstan Thomas commissioned researchers Opinium to survey 1,272 nationally-representative 58-75-year-old Baby Boomers across the UK. Respondents completed an online questionnaire containing 34 core questions and 15 qualifier questions between 28 January and 10 February 2022. The report can be downloaded here: https://www.dthomas.co.uk/digitalbrochures/babyboomers/babyboomers-2022.pdf

More in this category: « Advised customers rise 16% for AJ Bell CII to overhaul Financial Planning exam assessment »
back to top