Register for Financial Planning Today website for FREE to view more stories and get our daily newsletters. Click on 2 stories to see Registration pop up.
Monday, 25 July 2022 09:36 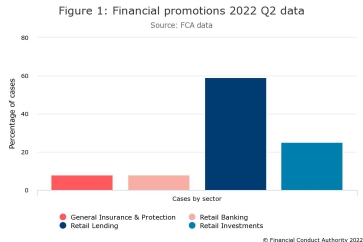 Over 20% of financial promotions report to the FCA involve investments

The FCA is close to an agreement with Meta - owner of Facebook, Instagram and WhatsApp - to tackle the rapid growth in online and social media scammers.

The FCA forged an agreement with Meta rival Google last year to intervene over scam promotions and is now seeking similar deals with Meta, YouTube and Twitter.

The Google deal has been credited with doing much to halt many of the bogus financial promotions which used the search engine.

The new deal will mean Meta will step up efforts to tackle online scammers using its platforms.

The regulator said it expects a commitment from Meta this year to implement a “mandatory solution” to the problem of surging numbers of scam financial promotions online.

The FCA said:"Given the role played by social media and online platforms, and following the steps taken by Google, we continue to engage with the largest online platforms, including Meta, YouTube and Twitter, to put in place similar policies. We expect commitments from Meta to implement a mandatory solution this year."

The move comes as the FCA struggles to tackle scams and suspect online financial promotions. In Q2 alone it received 6,010 reports about “potential unauthorised business.”

There is an increasing trend of scammers using social media, the FCA said, particularly to target younger investors. There are also signs of newer platforms such as TikTok being used by scammers.

The latest data shows that the FCA has had to intervene in hundreds of scam promotions in the second quarter of this year.

The watchdog says it will continue “proactive monitoring” in Q3 to watch for emerging problems.

In Q2 the FCA said 374 financial promotions online were amended or withdrawn following its intervention with 24 authorised firms. Some 58% of these interventions involved website or social media promotions.

Just over 22% of reports to the FCA were about clone scams and in almost all cases the FCA asked for the websites to be taken down. The quarterly data on financial promotions covers the period 1 April to 30 June 2022.

The watchdog said that retail investments and retail lending were the sectors with the highest ‘amend/withdraw’ outcomes, amounting to 83% of FCA interventions with authorised firms. Some of the most common breaches involved credit brokers, mortgage intermediaries and investment platforms.

The FCA identified problems across social media and online platforms, including in one case a TikTok video on an influencer’s profile which promoted the benefits of a firm’s investment business but failed to explain the risk to the consumer’s capital.

The FCA said there was a high number of cases involving unauthorised firms and individuals offering claims management services, often requiring a substantial upfront fee, or regular administration payments for the promise of recovering funds on behalf of consumers.

The FCA added: “Other trends included increased use of bloggers and influencers on social media, such as Instagram, Facebook and YouTube, to target younger age groups. The aim is to persuade them to invest in products with promises of high or guaranteed returns but which offer no protection if things should go wrong.

“We also continue to see an ongoing trend in the number of bloggers promoting credit on behalf of unauthorised third parties, with a particular growth in financial promotions targeting students.”

The FCA reiterated its support for the Online Safety Bill which has now been delayed to the autumn due in part to the Conservative Party leadership election and lack of Parliamentary time.

More in this category: « 8 in 10 clients initiated ESG conversation with adviser 2 advice firms default after 88 pension transfer claims »
back to top