Register for Financial Planning Today website for FREE to view more stories and get our daily newsletters. Click on 2 stories to see Registration pop up.
Thursday, 28 July 2022 09:10 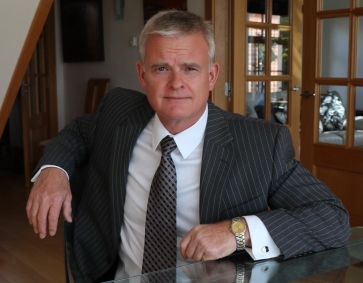 He founded Equilibrium in December 2003 and had remained the firm’s sole shareholder.

Mr Anderson said one of the main drivers behind selling his client book and joining Evelyn was the increasing burden of regulation on small financial advice firms.

He said : “The cornerstone to my business has for the past 18 years been built around putting my clients first and to recognise the responsibility of looking after what is invariably their life savings.  The sheer volume of regulation that has weighed upon small firms during this time is forcing vast numbers to consolidate with bigger, better resourced partners.

“As I move to join Evelyn Partners, I take great comfort in the fact that this follows the same path of doing my very best for my clients and without compromise.”

The firm’s Scottish team has recently been boosted by 10 joiners in the Edinburgh office from Capital Risk Management and MP2 Financial who also joined under the succession scheme.

Evelyn’s roots in Scotland date back to the foundation of Smith & Williamson in Glasgow in 1881.

The firm currently has three Scottish offices in Glasgow, Edinburgh and Aberdeen.

Evelyn Partners was created following the merger of Tilney and Smith & Williamson and manages or advises on £55.8bn of assets. It claims to be the second largest UK wealth manager measured by EBITDA and the sixth largest professional services firm ranked by fee income.

It has offices in 26 towns and cities in the UK, as well as the Republic of Ireland and the Channel Islands.

More in this category: « SJP FUM drops by nearly £12bn in first half Revenue growth slows for Fintel but profits rise »
back to top