Register for Financial Planning Today website for FREE to view more stories and get our daily newsletters. Click on 2 stories to see Registration pop up.
Monday, 14 December 2015 11:43 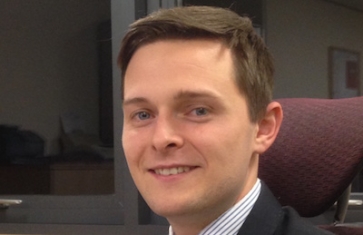 The director of a Financial Planning practice says most candidates she recently considered for a Paraplanning job failed to “hit the mark technically” and were unable to apply knowledge to a real life scenario.

But Director Nicola Watts CFPCM Chartered MCSI said she had discovered shortcomings among many who applied for the role.

Demand for Paraplanners has been outstripping supply over the last year, with more employers saying it has been difficult to find professionals with the right skills to match.

Asked if she found this to be the case herself, Ms Watts said: “We set out with a very specific person in mind, and most candidates didn’t hit the mark technically. Although well qualified, they didn’t seem to be able to apply that knowledge when applied to a real life scenario.

“We made sure to test candidates using a generic knowledge test, but also gave them a case study to work through, with specific questions but also asking them to identify other areas that we might want to look at with the client. Many candidates fell down in this area.

“We interviewed some candidates who would probably have been excellent research and report writers, but we have taken this as an opportunity to slightly re-jig the team and take on someone who can proactively support me in drafting recommendations to clients, someone who could identify issues and opportunities without prompting.”

Mr Robinson joins Ms Watts’ firm after working as a Paraplanner at Wealth & Tax Management in Milton Keynes for 3 years.

Ms Watts said: “Sadly we lost two Paraplanners who for personal reasons made the decision to move on.

“Nick seemed to mix his technical knowledge (he’s nearly chartered and seems to know how to apply his knowledge to the practical scenario) with a can-do attitude and it seems as though he will be a good fit for the team – very important in such a small team.”

Mr Robinson said: “I hope that I can bring skills to the business which can be of benefit to the company and its clients. It’s an exciting new chapter in my career.”

Ms Watts’s black Labrador, Poppy, is a key member of the office team and she also played a role in the hiring.

Ms Watts said: “That was part of the recruitment process – an introduction to the rest of the team, including Poppy. Thankfully they’ve taken to each other!”

As for possible further recruitment Ms Watts said: “With the restructure in job responsibilities, there is possibly an opening for a further person, an office junior role. At this stage we won’t look to take another Paraplanner, but depending on business levels, there is always this possibility in the medium term.”