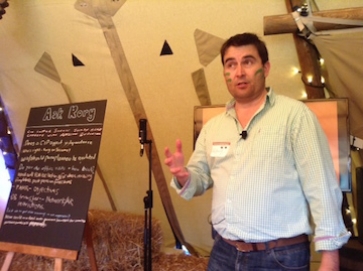 The leaders behind moves to create a new standard for the Paraplanning profession have already held talks with professional bodies, Financial Planning Today has been told.

Some of the key organisations in the sector have been approached about potential recognising the Paraplanner kitemark once it has been fully developed.

It is being created as a result of the Paraplanner Powwow movement, with a desire among Paraplanners to lay down a benchmark for their profession.

Richard Allum CFPTM Chartered MCSI, who has been leading the endeavour to create the first recognised standard for Paraplanners, said: “We’ve been having talks with standards and professional bodies. It would be great if everyone came together and everyone came behind it.”

Talks are at too early a stage to reveal the names of the organisations at this stage, he said.

However, he told FPT that he admires the approach of the Society of Later Life Advertisers and believes Paraplanners can take a leaf out of the society’s book.

There have been some “cracking ideas” about developing the standard already, he said.

A few Paraplanners have said it is a bad idea but they are in the “vast minority”, he said, adding they have been welcomed to participate.

Some of the sceptics will be attending the interactive Howwow workshops where brainstorming sessions will take place.

Mr Allum said: “They think it might be seen as elitist and that’s not a good thing. I’m totally against that.”

Other potential problems that have been raised included whether employers would recognise a new standard.

Mr Allum said: “I think that’s a valid one but my view is that it’s Paraplanners doing it because it’s what they want to do, not because the employers do.”

A lack CPD development for Paraplanners is one of the top reasons it is important to press on with it, he believes, saying: “There’s not enough decent CPD out there to do Paraplanning and this will open floodgates.”

There are four different events taking place to develop the standard and they look set to attract about 120 Paraplanners.

Meanwhile, Aegon has become the latest supporter for the Paraplanners Powwow movement.

Mr Allum said: “It’s brilliant too have them on board and shows big companies recognise the value of a Paraplanner and want to be part of a grassroots association.”

The firm’s commitment includes support for the national Paraplanners Powwow in September and mini-Powwows, as well as offline and online Howwows.

Supporters have opportunities to participate and attend the Powwows but it is not the conventional form of sponsorship as seen at many industry conferences where firms have a stand at an exhibition.

Read more about the Paraplanning standard and Howwows on related items below.