Register for Financial Planning Today website for FREE to view more stories and get our daily newsletters. Click on 2 stories to see Registration pop up.
Wednesday, 04 May 2016 07:23

AXA UK to sell off platform and life and savings businesses 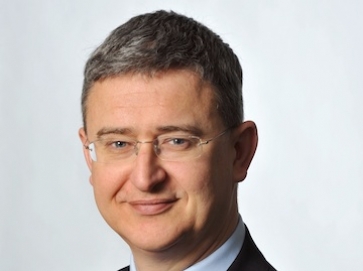 AXA UK is to sell its wrap platform business Elevate to Standard Life for an undisclosed sum and is also in discussion to sell many of its other UK life and savings businesses.

It had been widely speculated recently that AXA was about to sell off Elevate but the full extent of the sell off of UK businesses was not expected.

The French-owned company says the transaction follows the announcement made in April that it would sell off its UK offshore investment bonds business based on the Isle of Man. AXA says completion of the transaction is subject to conditions, including regulatory approvals and is expected by Q4 2016.

AXA has also confirmed that it is 'engaged' in discussions for the sale of its remaining UK life and savings assets. These include its direct protection business SunLife and its traditional, non-platform investment and pension business. Some UK businesses will be retained including fund manager Architas.

The company says there is no certainty that these discussions will result in further sell offs. However, if they were sold the transactions would be subject to a number of conditions, including regulatory approval.

AXA UK property & casualty, health and the asset management business Architas are not included in the sales or the company's strategic review.

AXA’s UK Life and Savings business is composed of AXA Wealth and SunLife. AXA says the wealth business has completed an "impressive transformation", moving from a loss-making business when formed in 2010, to a profitable one today.

Over the last five years, AXA Wealth has more than tripled its assets under management from £15 billion to over £45 billion through its business portfolio which incorporates a number of operations. SunLife is involved in the over-50 protection market and achieved £152 million gross written premiums in 2015.

Paul Evans, chief executive, AXA UK, said: “Following the successful achievement of our Ambition AXA five-year strategic plan, we have reviewed the strategic benefits of pursuing our activities in the UK life and savings market. After detailed consideration, we have come to the conclusion that these businesses could be even more successful if supported by organisations with a stronger strategic focus on the life and savings segment.

"These transactions would allow AXA to rebalance the focus of its UK activities towards property & casualty, health and asset management. I would like to take this opportunity to thank the teams for their invaluable contribution to building strong, innovative and market leading businesses over the past years.”