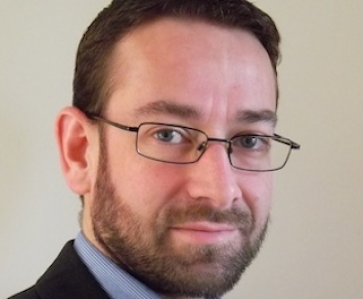 A new Paraplanning professional standard could be based on CPD, Paraplanners have suggested this week.

Moves to develop a professional standard have been underway for some while, with some within the sector lamenting the fact that, as things stand, anyone could in theory label themselves as a Paraplanner.

Despite the creation of IFP and PFS qualifications, attempts to better define the role of a Paraplanner have been hard to achieve.

At the London Paraplanners Powwow, held on Tuesday, attendees were broadly in favour of a new standard, according to organiser Alan Gow APP.

He said it was a question of how it would work in practice. One of the ideas that emerged prominently from the debate was to make it CPD based.

Mr Gow said: “This was felt to be a relevant way of demonstrating ongoing learning and that a CPD based standard could include experienced Paraplanners who might otherwise be excluded from any exam based standard.”

Other suggestions included making it a portfolio based arrangement, along the lines of an NVQ qualification, whereby Paraplanners build up a portfolio that demonstrates their competencies at work over time, perhaps including adviser statements.

It was also commented at the event that people would like to have more access to mentors to help them develop in the role.

Mr Gow, co-owner of Argonaut Paraplanning in Reading, oversaw discussions and debates involving two groups of 9 or 10 Paraplanners. The standard was the hot topic of the day.

Many of the attendees had only so far read about it in the press and hadn’t been able to take part in the Paraplanner Howwow, where it was recently discussed, Mr Gow explained.

He said: “It was a good opportunity to share thoughts on it and how it might work.

“Broadly people were in favour and I think the consensus is we need more structure and definition of what a Paraplanner is.

“In terms of the reason for having a standard its about having a structure and clarity for people so we can shout about what we do and say here is a really good career choice. It’s about encouraging people into the industry and it could do a lot of good for the industry and for advisers.”

He said it was important for the final version to be “inclusive” and recognised that there was a potential problem with longer serving Paraplanners at risk of not meeting the agreed criteria.

He said: “There are Paraplanners out there who are highly experienced and good at what they do and for whatever reasons haven’t done exams and feel whatever that a standard shouldn’t exclude them.”

He believes it could be vital for professional bodies to get involved, ultimately, in order to reach as many Paraplanners as possible. Many work in quite “isolated” roles, Mr Gow explained, and therefore don’t necessarily know what’s going on in the wider Paraplanning profession.

He expects the idea to be further developed at the national Powwow in September.

Tuesday’s event was the fourth London Powwow since it began in 2014 and Mr Gow estimated between 60 and 80 individuals had taken part during that time.

More in this category: « Brexit: Pension tax relief could be 'early casualty' Clients may be too shocked to make Brexit call to planners »
back to top