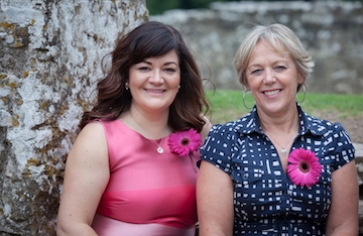 Julie Lord, above right, will run Magenta Financial Planning in a joint venture with Gretchen Betts, above left

Chartered Financial Planner Ms Lord CFPTM will run Magenta Financial Planning in a joint venture with Gretchen Betts CFPTM, who has been a colleague for years.

The pair have been at the helm of Broadway Financial Planning’s Welsh office since it was set up. Magenta is effectively a breakaway firm but Ms Betts told Financial Planning Today it was a “very amicable” split from the Worcestershire-based business.

The Broadway team, based in Bridgend, will remain the same, with clients switching over to the new business.

Ms Betts and Ms Lord said the new venture will give them the freedom they crave to provide a more personalised service to clients.

Ms Betts said: “It has just made sense really that we take this opportunity to break away. We have got different plans about where we see our business.

“We’ve looked at various different options but it gives us the freedom to run the business how we want to.

“It’s the freedom we have found that has been wonderful working for Broadway and we’ve been able to do that but going forward with Magenta, it is giving Julie and I that bit of extra control.”

She said: “Julie has run a company on her own before and we’ve both worked for big corporates where we have struggled to provide the kind of care and service we have wanted to. I’ve worked for several companies where people don’t hear you.

“My experience in the big company is that you’re at the coalface and you’re trying to make it a smooth experience but in the background you’re having to deal with the on-going, not red tape, but a chain of x, y, z compliance, if it’s something slightly out of the norm.

“We want the right type of ethos so we can proudly say ‘we will look after you to the best of our ability’. That’s why we wanted to be working for a small company again.”

She added that they plan to work closely with Broadway still.

Ms Lord said: “I’m really excited with the potential of going back to having a smaller company that can concentrate on the client relationships while outsourcing all of the other stuff like investment manager and admin and compliance.”

Read more about Magenta and its plans on FP Today later this week.

More in this category: « Advisers may face big fines under Treasury tax crackdown Cashflow model to be backbone of new Financial Planning firm »
back to top