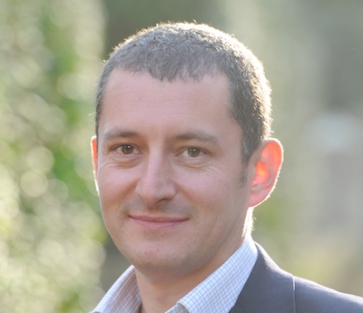 A year on from the IFP-CISI merger, a former IFP branch chairman has voiced his disappointment with the progress of the merged body and says the leading professional bodies are failing to advance Financial Planning.

Chartered and Certified Financial Planner Steve Martin, MD of Smart Financial in Altrincham, one of the main opponents to the merger originally, said he was unhappy with the way the merged organisation has developed.

However the CISI has defended its approach, emphasising a wave of initiatives it has launched, with new exams and significant investment into the promotion of the profession and the CFPTM certification. It also pointed to a number of achievements in the first year, including launching and gaining FCA approval for its new level 4 Financial Planning & Advice module.

Mr Martin, the owner of Accredited Financial Planning firm Smart, branded the traditional professional bodies such as the PFS and CISI as ‘dinosaurs’. The former IFP Manchester branch chairman for five years told Financial Planning Today that the fears he had before the IFP-CISI merger went ahead had proven to be founded. The organisations officially merged one year ago yesterday.

What do you think? Have your say by voting in the poll below

Ex-IFP President Julie Lord said this week that she was impressed with the CISI and saw many positives in the way the new organisation was helping Financial Planning, while Paraplanner Dan Atkinson has been enthused by the body’s moves to help Paraplanning. See their views in full here and here.

But Mr Martin said: “The IFP has lost that goodwill to go above and beyond to help because it was the IFP. People aren’t going to put themselves out for the CISI as they did for the IFP. Lots of my chums who have supported the IFP in past just aren’t doing that anymore. I do think that the concerns we had were real and genuine and I don’t think I see anything that allays these concerns.

“There’s definitely a feeling in my peer group that, despite the flaws the IFP had, it was the best mechanism to move Financial Planning forward and it’s definitely less likely to achieve that objective as a subset of the CISI.”

He said his circle of friends are no longer willing to give up their time, as they used to do for the IFP, speaking at events and branch meetings, because of the way it has changed since the merger.

Mr Martin claimed that the branch network was ‘weakening’ but the CISI stressed that from day one all CISI branch member meetings were funded centrally and no longer needed to rely on sponsorship, as had been the case under the IFP.

Mr Martin said he and others who had warned against the move, felt the “voice of Financial Planning would get lost in an organisation whose focus was not Financial Planning”. He said he felt this particular concern had appeared to come to fruition, in his view.

He branded both the PFS and CISI as ‘dinosaur organisations’ and claimed Paul Armson’s Inspiring Advisors and the new Nextgen Planners, a collaborative group setup to share best practice, have been doing more to help Financial Planning’s cause - particularly for new entrants to the profession.

He said: “The innate purpose of the IFP was spreading word and I don’t believe that’s been moved forward by the IFP/CISI.”

Mr Martin believes Nextgen Planners has sprung from a ‘void’ because of the ‘failure’ of the CISI and PFS to provide what is needed by up and coming members.

He believes that the professional bodies are lacking when it comes to training and guidance for the younger generation of planners who are emerging.

The CISI, said, however, it was creating pathways for professionals to advance in Financial Planning. It pointed towards the launch of a new level 4 Financial Planning & Advice module, the third module of the Investment Advice Diploma, which enables a newcomer to the profession to follow a direct pathway to CFPTM certification within just three years, using CISI exams alone.

Mr Martin was also critical of the content at the CISI’s first Financial Planning Conference last month and said he won’t be going back next year. Bar two speakers, who he thought were good, the “rest of it was stuff we could’ve had 20 years ago”, he claimed.

The CISI also pointed out that over 80% of IFP members have renewed their membership and it has had twice the flow of candidates applying for and taking the CFPTM certification compared to a year ago.

The PFS pointed out it had set up a new Financial Planning Panel recently, chaired by Chartered Financial Planner Sharon Sutton, with advisers and consultants including Paul Armson, Steve Gazzard and Carrie Bendall. It said it has a broad strategy aimed at improving engagement with younger members and those seeking to enter the profession.

PFS chief executive Keith Richards said: “We welcome people’s views, which can sometimes demonstrate that there is no such thing as a one-size-fits-all solution. Equally, feedback often helps to drive and influence change where appropriate.

“The PFS has been significantly evolving its role over the past three years, which has become visible to an increasing number of members, especially regarding our engagement with regulators and government, our standing up for the profession.”