Register for Financial Planning Today website for FREE to view more stories and get our daily newsletters. Click on 2 stories to see Registration pop up.
Friday, 06 January 2017 09:28 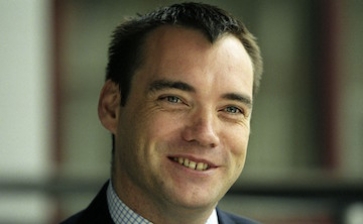 A trade body has urged the FCA to scrap plans to make advisers record all telephone calls, saying it would be negative for the profession and costly for small firms.

The regulator has proposed extending the requirement of telephone taping to advisers in a bid to quickly resolve ombudsman complaints.

The proposal has come as part of plans for implementation of the revised Markets in Financial Instruments Directive (MiFID II).

But The Association of Professional Financial Advisers is unhappy with the idea.

In its official response to the FCA consultation, APFA stated: “A requirement to record all calls would not be proportionate and will have a negative effect on the adviser profession. We believe it will be particularly costly for small firms.

“These costs would inevitably be passed on to consumers, running counter to the objectives set out in FAMR of making financial advice more accessible to the mass market. For these reasons we believe it would be disproportionate to require firms to record their calls and electronic communications.”

The proposal is “gold plating and not supported by the FCA’s cost benefit analysis”, APFA said.

It stated: “The requirements exist to ensure that there is a record of what was said to protect consumers and counter market abuse. The latter does not apply to giving investment advice and the requirement to provide clients with a suitability report, ensures there is a clear and unambiguous record of what is recommended to clients.”

Nicola Watts CFPTM Chartered MCSI, director of Jane Smith Financial Planning in Buckinghamshire, fears that new FCA rules on recording client phone calls could create “completely the wrong image” for her business. Having to record all calls will result in extra costs and may damage her firm’s brand, she believes.

She told FP Today previously: “The idea of recording calls smacks of large, impersonal companies dealing with huge numbers of clients and having to protect themselves from these people. This is certainly not the kind of image we want to be giving.”

Chris Hannant, APFA’s director general, said: “The taping measures are intended to combat market abuse and make sense in the context of trading conditions, where timing is crucial to the outcome and you need to know who said what and when. The proposals are disproportionate in an advisory context.”

The regulator said the change would be aimed at “providing benefits to both firms and their clients in resolving disputes in a quick and cost effective manner”.

The FCA report stated: "We think taping conversations between firms and their clients is likely to be an effective way of advancing our consumer protection objective.

"However, we remain open, particularly for smaller financial advisers, to considering whether an alternative approach could help us to achieve a similar level of consumer protection in this area as taping but at a lower cost for firms."

The consultation closed this week.

More in this category: « Sipp body reveals trio of Lifetime Members and new chair Firm ordered to pay out over 'incorrect' pension valuation »
back to top