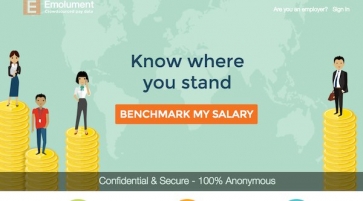 A salary benchmarking website has found financial services employees only the sixth most bored at work in terms of leading professions.

In the legal world, the repetitiveness of dull daily tasks in a junior lawyer's working week, was blamed with work mostly involving researching cases and rulings the main culprit in terms of boring tasks.

The least boring sector was found to be Research & Development with only 45% claiming to be bored at work. 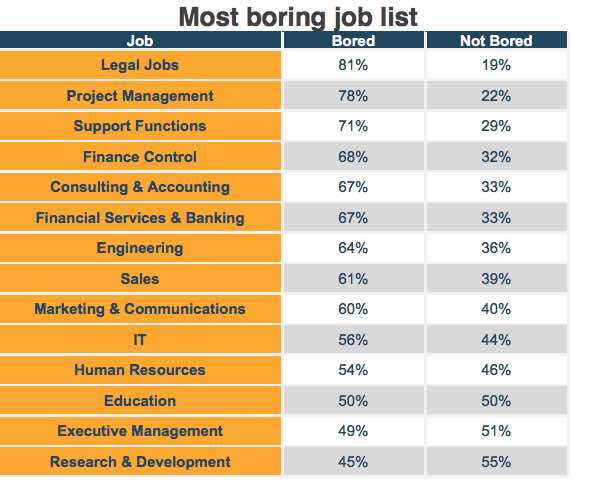 In terms of seniority level, the most bored employees were spread fairly evenly with 66% of entry level workers claiming to be bored and 65% of CEOs, CTOs and CFOs.

Alice Leguay, co-Founder & COO at Emolument.com said: 'Boredom at work is a key issue for firms trying to keep millennials engaged, especially in traditional industries such as accounting and legal jobs which can be perceived as dull while employers attempt to give young employees the satisfaction of making an impact in their work life in order to prevent them from moving on too swiftly.

“Without an inspirational leadership figure, or an exciting professional challenge to motivate younger team members, boredom will quickly settle in. Surprisingly, according to our figures, CEOs struggle to enthuse their teams, having fallen prey to boredom themselves, probably due to being tangled in administrative and managerial processes with frustrate their desire to implement a vision and lead their business.”

More in this category: « Cofunds' owner promises platform upgrade and enhancements soon SFO charges Harlequin chairman with 3 counts of fraud »
back to top