Register for Financial Planning Today website for FREE to view more stories and get our daily newsletters. Click on 2 stories to see Registration pop up.
Thursday, 23 March 2017 12:18 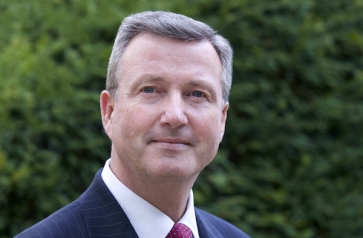 A state pension ‘train crash’ looms, the PFS has warned today, after the latest review emerged.

The Personal Finance Society has urged the Government to act rapidly to tackle the problems outlined in today’s Cridland report.

Personal Finance Society chief executive Keith Richards, said: “Successive governments have failed to address a state pension train crash waiting to happen, and it is time for the Government to act swiftly and decisively in response to the Cridland report’s disturbing but broadly pragmatic recommendations.

“The report exposes the fundamental mismatch between the need to encourage people to plan and save for a longer life in retirement, and the Government’s short-termist pensions policies such as pension freedoms which encourage people to live for today.”

He said: “Without action, we are facing the prospect of severe levels of poverty in later life, and it is time that pensions regulation is considered in the context of long-term social and economic trends rather than treated as a political football.”

He called for a “mid-life MOT”, which he said could help people plan for their later lives, particularly the vulnerable in our communities.

He said: "The financial advice profession stands ready to partner with the Government to deliver this service."

He said: “For too long, political motivations have prevented any reform of the triple lock, which has clearly become unsustainable. Linking pension increases to earnings seems a more fiscally responsible and common sense approach and we’d urge the government to make this happen sooner rather than later.”

He pointed towards Sweden, Norway and Germany as examples where establishing a link between the pension age and longevity expectations has proved effective. He said this could introduce sustainability to the UK system.

He added: “The Government needs to seriously consider the idea of an independent pensions commission to come up with sustainable measures aimed at encouraging people to save more earlier, and not squander their wealth earlier in life.”