Register for Financial Planning Today website for FREE to view more stories and get our daily newsletters. Click on 2 stories to see Registration pop up.
Thursday, 28 September 2017 16:50 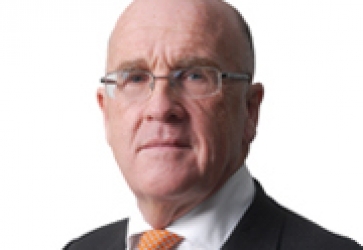 Foster Denovo co-founder Keith Carby is to resign from the company he helped set up in 2005 to make way for fresh blood.

Foster Denovo Group, the parent company of national financial adviser Foster Denovo and fund management company Sequel Investments, announced today that Mr Carby would resign as non-executive chairman, Keith Carby, leaving the board and its associated companies soon. Mr Carby is leaving to make way for a new chairman and to focus on new ventures.

The move will take place before the end of his current  three-year rotation as a non-executive director. Together with Roger Brosch, who remains chief executive, Mr Carby founded Foster Denovo in 2005 and oversaw its management buyout from the Tenet Group in 2007.

Since 2007 Mr Carby has been the group’s non-executive chairman while carrying out other industry roles as chief executive of both Openwork and Caerus Capital Group, as well as a non-executive role with Metro Bank PLC.

Mr Carby said: “After 12 years working together, Roger and I know each other’s views on most matters.  We are not just close colleagues, we are friends.  Frankly, I think Foster Denovo can benefit from the fresh perspective a new chairman will bring.  At the same time, I am getting involved in some new ventures.

“Foster Denovo is very fortunate to have a high number of first-class advisers and members of staff and I have no doubt the company will flourish in the years ahead.”

Roger Brosch, chief executive of Foster Denovo added: “As a founder of the Foster Denovo Group, Keith has been instrumental in our journey to date and an influential mentor to me. His contribution has helped to forge the values and principles on which our reputation and success have been built and these will continue to guide us into the future.

"Keith will be greatly missed across the group and on behalf of the board and everyone at Foster Denovo, we thank him for his immense contribution, effort and support over the last 12 years.  We wish him the very best for the future”

Mr Carby will leave as soon as a new chairman is appointed and the company says the recruitment process is “well advanced.”

More in this category: « Record 39.2m in company pension schemes Standard Life speeds up Elevate platform »
back to top