Register for Financial Planning Today website for FREE to view more stories and get our daily newsletters. Click on 2 stories to see Registration pop up.
Wednesday, 14 February 2018 08:49 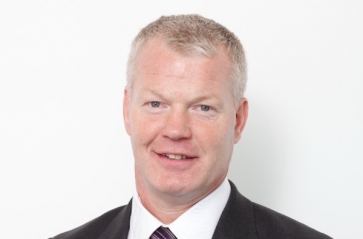 National financial advisory firm Foster Denovo has recruited for new advisers for its London-based Private Client division as it plots a growth strategy in 2018.

The new additions are Robert Saunders, Dafydd Davies, Nikos Christoforou and Olly Yorath. Three other advisers, Sharon Mattheus, Olugbenga Bello and Michael Walsh were appointed to the team in 2017.

The company says the hires are part of its strategy to focus on “high quality clients, advisers and support staff” over the next few years.

Robert Saunders was previously with firms including Wise Pensions, Leadenhall, and Smith and Williamson. Nikos Christoforou joins from St James' Place. Dafydd Davies has previously worked for Fairfax Investment Bank and Olly Yorath was an IFA with Fairey Associates.

Mr Saunders said: "I joined Foster Denovo because I was looking for a firm that was big enough to offer scale and critical mass but still had a personal feel and did not try to shoehorn all advice into pre-set channels.”

Paul Mattock, head of recruitment at Foster Denovo, said: "Large numbers of advisers today prefer to surround themselves with other like-minded individuals and a strong team of support staff in order to improve their
skill sets, cut down on administration and operate at optimum capacity.

“Because of this, we saw real movement during 2017 - a trend that is set to continue, as we look to bring on board increasing numbers of high quality advisers."

Roger Brosch, chief executive of Foster Denovo, said: "We are delighted to welcome the new advisers into the business; each deciding to join Foster Denovo to enhance their own career through our planned growth journey. We look forward to bringing in many more specialists during the year ahead."

Foster Denovo was established in 2005 and completed its buyoutfrom the Tenet Group Limited in 2007.