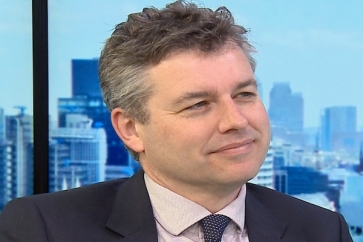 The figures represent a 1,000% surge in the 10 years since the allowance was introduced.

WEALTH at Work, a specialist provider of financial education and guidance in the workplace, believes that individuals who breach the LTA typically fall into one of the following three categories.

On the first group the firm says most employees probably think that they are not one of the lucky ones to have a pension pot valued at the current LTA limit of £1.03 million or more.

This could particularly affect those who never check the value of their pension, or have not done so for some time.

Also, many employees in defined benefit pension schemes are unaware that their pension is valued at twenty times their annual pension for LTA purposes and so an annual pension of £30,000 has a value of £600,000.

On the second grouping WEALTH says they believe that they are a long way from breaching the LTA, but in fact are not.

This is particularly the case where employees are “making healthy contributions into their scheme and perhaps receiving matching contributions.”

Positive pension fund growth as well as a pay rise may easily push them over the LTA before they know it.

Thirdly, employees who have taken protection measures and opted out of their workplace pension scheme to safeguard their savings from a LTA charge, could still be at risk of a breach.

This is because of how the rules around auto-enrolment work, meaning that employees are re-enrolled every three years.

Just one month’s contributions could invalidate a previously applied for protection, without employees even realising.

Jonathan Watts-Lay, director of WEALTH at Work, said: “Reaching the LTA could be closer than many employees think.

“For example, they may have a number of pension schemes that when combined with their current pension provision, could exceed the allowance.

“The tax implications could be drastic and could lead to potentially many being hit with unexpected and sometimes unnecessary tax bills.

“Many workplaces now offer support to their employees in terms of financial education, guidance and advice.

“This approach helps both the employer and the employee by ensuring employees understand all their options before making what could be life-changing decisions, therefore leading to better outcomes.”