58% of UK adults failing to write a Will 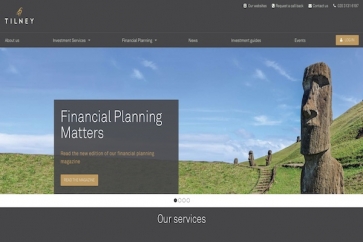 A survey of 6,000 UK adults by national Financial Planner and wealth manager Tilney has uncovered that 58 out of every 100 British adults has no Will.

Tilney, which advises clients with over £24 billion of assets, says the main reason cited for failure to write a Will was apathy.

The most common response when asked why people do not have a will was that they simply had not ‘got around to it yet’ (38%).

This was even higher for those aged 45 and above, where 50% of respondents admitted they ‘haven’t got around to it’.

Other reasons cited include not having enough assets to write one (32%), and feeling too young to worry about it (24%).

Among those who do have a Will, about one in four (23%) admit to never reviewing it.

Ian Dyall, head of estate planning at Tilney, said: “There seems to be the perception that your estate will automatically go to whom you want upon your death. This is far from the truth.

“The figures from this research show that a worrying number of people have not made a Will seemingly out of pure apathy and even when they have one, many do not review these regularly.”

For many respondents who did not have a Will, many (32%) felt they did not have enough assets to bother writing a Will yet but Tilney says with 55% of UK adults having children it is almost certain there is something to left.

• The research was carried out by YouGov with a total sample size of 6,031 adults. Fieldwork was undertaken online between in October.