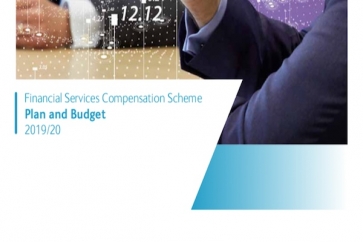 The FSCS levy is expected to cost advisers £175m for the 2019/20 financial year, a new report has revealed.

The figure was released in the FSCS plan and budget which warned of a continued rise in pension transfers to high-risk SIPPs.

The FSCS set an indicative levy of £240m on the investment and life and pensions intermediation classes.

Providers will contribute £65m to the levy, leaving advisers to share the remaining outlay of £175m.

Chief executive Mark Neale wrote in the report: “We see a continuing rise in complex pensions claims against advisers and against SIPP providers.

“We expect such claims to be roughly 25% higher in 2019/20 than this year and to constitute around 40% of our total, non-insurance, workload.”

The report also highlighted an increase in claims relating to DB transfers, naming the BSPS as an example of this.

The budget will be Mark Neale’s last as he is stepping down as chief executive.

Chairman Marshall Bailey paid tribute to him, saying: “FSCS, together with its partners, is well-equipped to deliver on our Plan & Budget for 2019/20 and the strategy which it launches.

“This is largely due to the leadership of our CEO, Mark Neale, and his team.

“Mark’s dedication to FSCS has been transformative, although he is sadly leaving us later this year.

“After nearly a decade at the helm he leaves behind him a dynamic and agile organisation, committed to providing an outstanding service to its customers and outward-looking in its willingness to engage and to learn.”