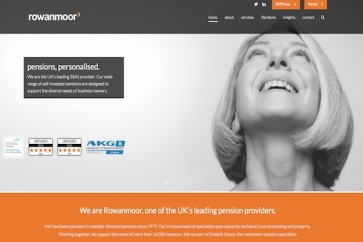 The Embark Group has revealed its financial results for the year ended 31 December 2018, for its subsidiary, Rowanmoor Executive Pensions Limited and showed a big boost in pre-tax profits.

The firm recorded a trading profit of £1.18m before tax adjustments, a material increase from the £0.82m pre-tax performance reported in 2017.

The firm says this was “coupled with a strong balance sheet” and “further supports the AKG Financial Strength Rating of B (Strong) the business attained in 2017”.

Embark says that trading for 2019 continues to show “solid progression along similar lines to 2018”.

Looking forward the company says the Rowanmoor business “continues to have an appetite for organic growth and views SSAS as a long-term viable service offering across multiple distribution channels, whether regulated or not by the Financial Conduct Authority (FCA)”.

Dave King, managing director of Rowanmoor, said: “We are very pleased to report continued improvement in the performance of our operations this year.

“We remain the market leader in SSAS provision and, as such, we will continue to focus our efforts on ensuring SSAS plays an enduring role in the UK pensions market, while safely delivering results for our stakeholders.”

Phil Smith, group CEO of the Embark Group, added: “The market for SSAS-based pensions is complex, and does not enjoy the growth rates seen in either the SIPP or platform space, with estimated average net market growth of <2% in 2018.

“The business is now perfectly set to dominate both organically and inorganically in the future - this is not a market for ‘cottage industry’ players.”