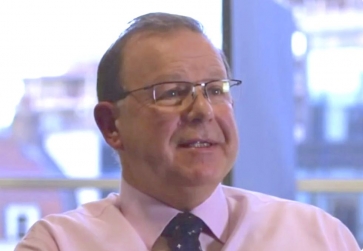 John Govett has resigned as chief executive of the new Money and Pensions Service, the government-backed single financial guidance agency, two months after it was officially launched.

MAPS said today that Mr Govett has resigned from his role with the Money and Pensions Service due to an “impending family relocation.”

No further details were provided but MAPS and Mr Govett agreed he was unable to continue in the role due to the relocation.

MAPS has appointed partnerships and commissioning director Caroline Siarkiewicz as acting chief executive while a replacement is found. She takes over from Friday.

The newly launched Money and Pensions Service launched in early April as “a joined-up service for everything from debt help to money and pensions guidance.”

The new body brought together The Money Advice Service, The Pensions Advisory Service and Pension Wise and followed criticism that some government-sponsored advice organisations were poor value for money and duplicated some services.

In a statement released today, Sir Hector Sants, chairman of MAPS, said: “John and I have agreed that the production of the National Strategy should be overseen by those who will have the responsibility for delivering it. John’s family relocation will mean he is unable to make that long-term commitment to MaPS and so now is the best time for any change.

“John has successfully led the recent restructure of our 350-strong team and now is an appropriate time to announce his own departure.”

“I would like to thank John for his huge personal effort to help bring together our three legacy organisations into one new one. We have made excellent progress under John and we are well set for the future as a result. I will personally be sorry to see him leave us.”

Mr Govett said: “I’ve been engaged in the MAPS project for around a year now and I’m so proud of the positive position the organisation has reached, enabling me to leave everything in a good position.

“I have enjoyed immensely working with Sir Hector and now feels like the right time to hand over the baton to a future CEO who can make the longer-term commitment necessary to deliver the National Strategy that my relocation prevents me from doing.”

More in this category: « Wealth manager expands with hire from Scottish Widows XPS reveals scam warning on £73m of pension savings »
back to top