Register for Financial Planning Today website for FREE to view more stories and get our daily newsletters. Click on 2 stories to see Registration pop up.
Tuesday, 11 June 2019 10:37 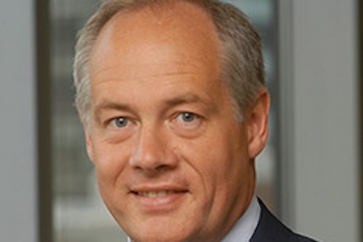 Wealth planner Brown Shipley has revealed its new chair of the board of directors.

Rory Tapner, former chief executive of Coutts, has been appointed as the firm’s chair of the board of directors.

Mr Tapner’s appointment was effective immediately with current chair, David Rough, remaining a director of the company until the end of August, during which time he will be working with Mr Tapner for “a smooth handover of responsibilities”.

Mr Tapner has over 20 years of board experience within the financial services industry and has held roles as diverse as global head of capital markets and investment banking at UBS, and chair and chief executive of UBS Group’s Asia Pacific businesses.

He was a member of the group executive board at UBS until he stepped down after 26 years of service, soon after which he was appointed chief executive of Coutts.

He will work closely with Brown Shipley’s board of directors to advise CEO Alan Mathewson in the continued growth of the business.

He currently chairs the board or council of a number of organisations, including the University of Buckingham, GB Snowsport, Sanctum Wealth Management (India) and the London Musical Theatre Orchestra.

Alan Mathewson, CEO of Brown Shipley, said: “I am delighted to welcome Rory as our chair in what is a real signal of intent for the business.

“I would also like to thank David Rough for his invaluable support and guidance to the business having served on our board since 2005 including two tenures as chair.”

Mr Tapner said: “I’m excited to have joined Brown Shipley at such an important time of growth for the business and am looking forward to working closely with the executive team.”

Mr Tapner’s appointment followed a number of hires since the start of the year.

New appointments have included Richard McGregor as national head of court of protection and personal injury, Amrendra Sinha in the newly-created role of head of direct equity, and Nick Cringle as regional head, North West.