1 in 3 change investments because of social media 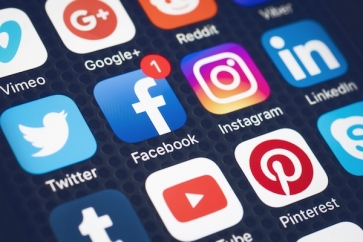 New research has revealed that more than a third of UK retail investors have altered investments as a result of things they have read on social media.

The poll, by Willis Owen, showed 34% had made at least one change to their investments over the past 12 months.

When it comes to gender, the findings revealed 43% of male investors had made at least one social media influenced change to their investment portfolios over the past 12 months compared to just 21% of female investors.

On an age basis, younger investors, who tend to spend more time on social media, were more influenced by it when managing their investments, than older investors.

Some 45% of investors aged 35 to 44 had made one or more social media-influenced change to their portfolios over the past 12 months, compared to15% of those aged 65 and over.

Social media was also shown to be having an impact on institutional investors.

A recent survey by Greenwich Associates revealed almost 80% of institutional investors used social media as part of their regular workflow.

Around 30% of these investors said information obtained through social media had directly influenced an investment recommendation or decision.

Adrian Lowcock, head of personal investing at Willis Owen, said: “There is no doubt social media has joined traditional financial news media as a key source of information for investors.

“This probably helps explain why President Donald Trump has 61.3 million followers on Twitter.

“In the past, successful investment decision making was based on information gathered through traditional media, professional advice and thorough research, but social media offers an immediacy which can impact markets in the short term and influence investors.

“However, they need to pay careful attention to sources, as there is a greater risk of being taken in through ‘fake’ news, than with some more traditional media sources.”