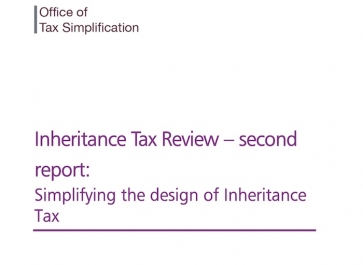 Royal London has backed a call by the Office of Tax Simplification which could lead to life insurance policies being automatically exempted from Inheritance Tax to save families money.

A present only the small minority of life policies written in trust would be exempt from IHT.

The OTS says that the government should consider automatically exempting policies from tax to avoid potentially large tax bills for families when insurance payouts are made.

Royal London says the current system means that too many people are being hit with unexpected tax bills.

Clare Moffat, head of business development at Royal London Intermediary, said the present system, where policies are not automatically written in trust, mean that many families were being hit with tax bills which they “may struggle to pay.”

She said: “The OTS’s recommendation that life assurance policies shouldn’t need to be written into trust to avoid IHT is to be welcomed.

“Under the current system if a policy is not written into trust then families can be landed with an unexpected tax bill that they may struggle to pay. It also means that any pay-out is delayed until the estate has been dealt with which could take months.

“The OTS’s recommendation means that many families will be spared unnecessary financial hardship.”

In its recently published detailed second report on ‘Simplifying the Design of Inheritance Tax’ the OTS, the independent adviser to the government on tax issues, called for a raft of changes to IHT to make it simpler and less punitive.

One of them was that, “the government should consider ensuring that death benefit payments from term life insurance are Inheritance Tax free on the death of the life assured without the need for them to be written in trust.”

The OTS said currently a minority of life insurance policies were being written in trust, potentially exposing the owners to a large tax bill.

In its first report the OTS highlighted the fact that very few are currently hit by Inheritance Tax, with fewer than 25,000 estates being liable each year. This is less than 5% of all deaths, even though 10 times as many estates need to complete and submit forms. However the government’s tax take from IHT is rising, recent figures have shown.